+32 (0) 3 289 84 58
your account
your account
your cart
Home / Artworks / Jean Painlevé / Tête de crevette
Warning: mysqli_num_rows() expects parameter 1 to be mysqli_result, string given in /data/sites/web/28vignonstreetcom/www/products_single.php on line 51 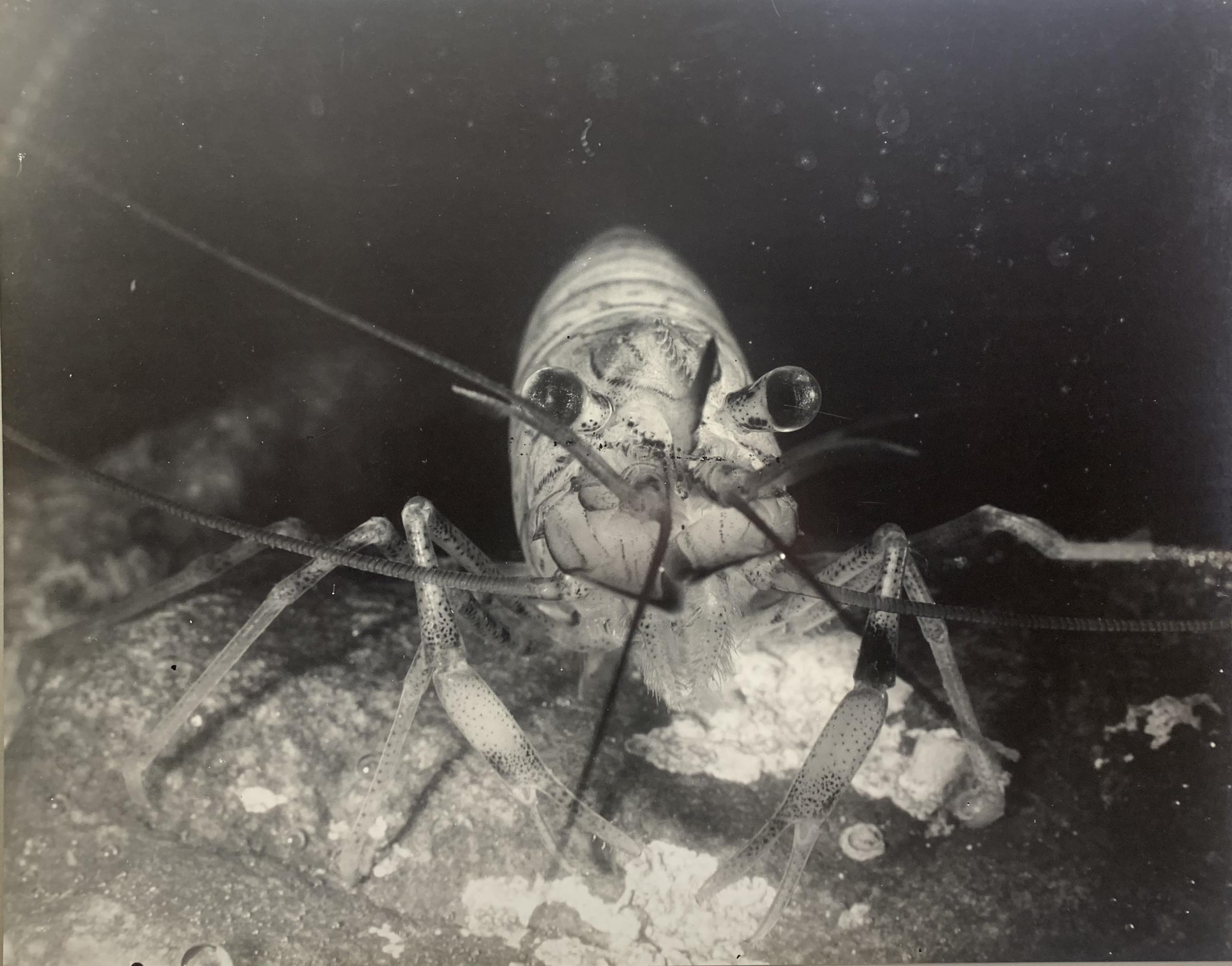 Jean Painlevé’s work, just like his personality, is almost paradoxical. This French biologist, became one of the founding fathers of scientific cinema in France by combining scientific rigour and ethic with artistic creativity. Before becoming a professional film director, it was first photography which allowed him to explore his lifelong passion: the sea and the underwater fauna which inhabits it.

It was during vacations in a sea resort in Brittany that young Painlevé, only 8 years old, captured this mysterious world for the first time thanks to a photographic process of his own making. His father, a renowned scientific and politician named Paul Painlevé, offered him his first camera when he was twelve years old. This fortuitous gift only strengthened his passion for photography.

Throughout his life, Jean Painlevé made more than 200 films on a wide range of subjects, from bats to octopuses, with a notable predilection for marine life. While his career as a filmmaker was consuming, it did not prevent him from pursuing his passion for photography, as attested by the creation of the “Club des sous l’eau”, a diving and underwater photography club which he founded in 1935 with Yves Le Prieur. Meanwhile, his participation the following year in the International Exhibition of Contemporary Photography, organized by the Musée des Arts Décoratifs in Paris, attests to the success he met on the artistic scene at the time.

In both his movies and photographs, Painlevé gave rise to a proper dialectic between art and science. As we look at this singular photograph which he took circa 1930, we might wonder : what is the status of this impressive shrimp which seems to be moving toward us? This animal, between the object of science and the artistic subject, is given a new importance and majesty.

As a true scientist, Painlevé wanted to discover “things no one had seen before”, make the invisiblevisible, that is to say the infinitely small. But his work is more than just a simple report on the abyssal fauna. It bears witness to a unique aesthetics which leaves no doubt about its artistic dimension. This shrimp becomes a hybrid being and its close-up image, which is both informative and aesthetic, offers different levels of reading. As Painlevé explained, it was “the profound beauty of nature, the colours and shapes” which drove him to document this impenetrable universe. Ultimately, it may be this interest he had in the beauty of the underwater world, and the consequent subjectivity of his look, which raised his work to the rank of visual poetry.

His photographs, and their fascinating strangeness, are ultimately symptomatic of the ambiguity proper to Painlevé himself. He personifies the encounter between the scientific world and the rebellious spirit of the avant-garde which he actually socialized with in the cafes and bars of Montparnasse since he was twenty years old. He was particularly close to the surrealist group, especially Ivan Goff, and André Breton admired the evocative aesthetics of his films.

Painlevé’s passion for the animal world began in his childhood when he would skip school to go to the zoological garden and take care of the animals, and did not stop until his death in 1989. Today, his photographs, which constitute an indisputable manifest of this fascination, are exhibited in renowned museums such as the Centre Pompidou, the Metropolitan Museum and the Museum of Modern Art of New York.

Filmmaker and biologist specializing in underwater fauna, he stood out for his scientific documentaries. He is rightly regarded as one of the founding fathers of scientific cinema. First d ...Read more