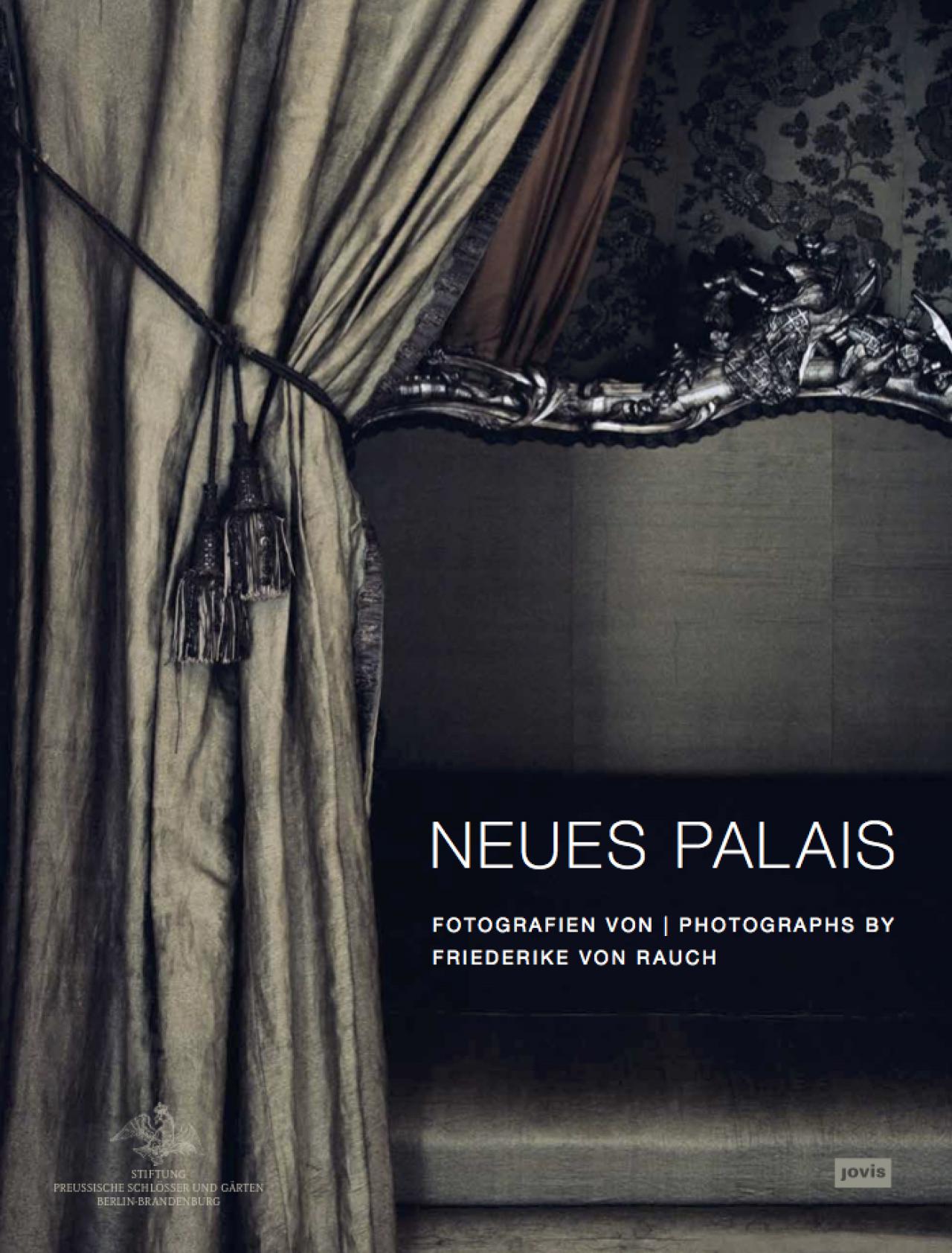 With texts by Samuel Wittwer and Rudolf Prinz zur Lippe

A hundred years ago, the baroque Neues Palais in Sanssouci Gardens became a museum. Today’s visitors are scarcely aware that its room sequences continue beyond the palatial interiors, and served for a long time as workshops, offices, or depots. Due to a comprehensive restoration of the castle, these functions have now been moved elsewhere, which marks a major turning point for the Neues Palais.

For Samuel Wittwer, Director of the Department of Castles and Collections, it seemed important to preserve the unique atmosphere of the castle during the transition period, taking an artistic rather than objectively documentary look at the character of the building. Berlin based photographer Friederike von Rauch succeeded in doing so convincingly on her countless forays through the castle: she has captured the special features – in detail as well as in wider pictorial gestures. With insightful observations, texts by Rudolf Prinz zur Lippe provide accomplished counterpoints to the visual highlights. The result is a book that goes beyond conventional notions – Prussia’s castles have never presented themselves so poetically before.