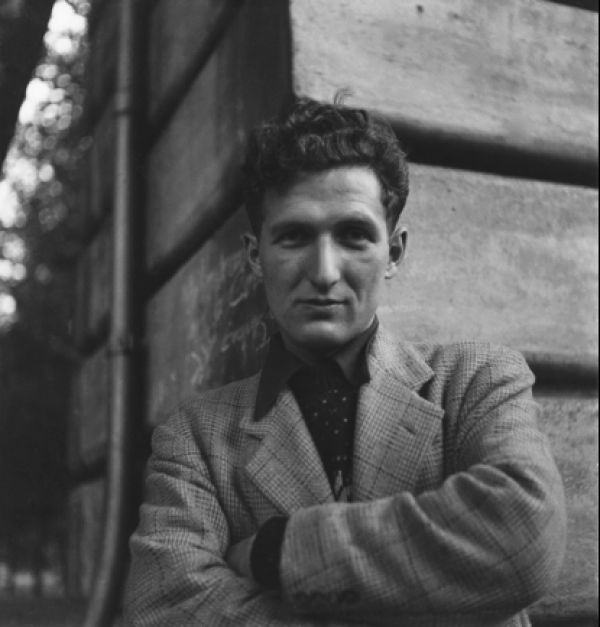 USA, 1922 - France, 2016
Louis Stettner was born in Brooklyn, New York in 1922 of immigrant Austrian parents. His photographic career spanned 70 years, and started at the age of thirteen with the gift of a box camera from his father and the discovery of an article by American photographer Paul Outerbridge Jr. Throughout his teenage years, Stettner immersed himself in photography by frequenting the gallery of Alfred Stieglitz and the print room of the Metropolitan Museum of Art. After having enlisted in the army and serving as a combat photographer with the US Infantry in the Pacific during the Second World War, Stettner left his homeland in 1947 on a three-week trip to Paris which extended into five years. Here Stettner became an active and valued member of the local post-war photography scene, photographing the city constantly. During this time he worked as a freelance photographer for various magazines in Europe and the US and studied Photography and Cinema at the IDHEC. In 1952 Stettner returned to the US, where he found a night job at a security company, roaming the streets by day with his camera. To supplement his income, he also photographed for magazines and advertising agencies. From 1952 through 1965 he regularly travelled to photograph Paris, Greece, Spain, Portugal, the Netherlands and Mexico. In 1990 Stettner returned to France permanently to photograph, paint and sculpt in Saint-Ouen, near Paris.

Stettner’s photographic approach was strongly influenced by the Photo League, a cooperative of photographers in New York active in the field of social conscious photography (1936-51). Stettner joined the League in 1939 and attended their classes in photography. Later on, in 1947, he would teach there himself. On his first trip to Paris in 1947, Stettner received a commission from the League to gather prints from significant French photographers and to organize the first exhibition of contemporary French photography in the US at the League’s gallery (1948). It was during this period of McCarthyism in the US that Stettner while photographing for the Marshall Plan, was questioned by the Paris office of the FBI about his association with the Photo League, which was accused of communist sympathies and anti- American activities and which was eventually blacklisted and banned. Stettner was fired from his post for not cooperating and revealing the political views of fellow Photo League members.

In line with the Photo League’s emphasis on social activism through photography, Stettner defended social commitment and idealism in photography. He stated to “have never been interested in photographs based solely on aesthetics, divorced from reality.” With his camera he wanted to document and interpret the world, in particular the daily lives of the working class, whom he photographed with great respect. This principle extended to his many photographic series, going from architectural images of bridges, buildings and monuments, snapshots of the beat generation in East Village and of movements of political contestation against the war in Vietnam in the 1970s, to his 1958 photographs of rush-hour commuters in the Old Penn Station and intimate portraits of fishers on Ibiza and workers in factories worldwide. These were shot almost exclusively in black and white, the colour series ‘Manhattan Pastoral’ being one of the rare exceptions. A limited amount of Stettner’s work is devoted to still-life and nature, like his three year project photographing the countryside of the Alpilles region in the Provence (2014).

Stettner’s work has been highly regarded because of its humanity and ability to capture the urban atmosphere and the life and reality of the people on the streets. Through his introduction to the tradition of the French Humanist School, whose outlook seemed to dovetail with the Photo League’s, Stettner developed a unique photographic language that melded the boldness of American street photography with the softer humanism more characteristic of his Paris contemporaries. Stettner approached his, often ordinary, subjects in a very direct and uncluttered way, while adding a poetic touch. His collection of thousands of images documenting fleeting moments in the architectural, cultural and social evolution of cities like Paris and New York, makes Stettner’s archive an important resource that continues to attract.

Photography was for Stettner an all-encompassing passion. He possessed a vast self-taught knowledge of both the technique and the history of photography, which he passed on to his student as a teacher at different universities and colleges. He was also a master printer, who always personally printed his photographs. In the 1950s Stettner first began to write about photography and its historical development, beginning with US Camera’s 35 mm Photography, History of the Nude in American Photography and later his noteworthy 1970s column, Speaking Out, published in the Camera 35 magazine(1971-79). In his writings he offered personal views as well as a reflection on cross-currents of photography in the Seventies. His point of view of a working photographer often clashed with the nascent photographic establishment and critiqued its growing influence on photography as it transitioned into an institutionally recognized art form.
Stettner’s oeuvre is posthumously managed by the Louis Stettner Estate (All images ©Estate of Louis Stettner)