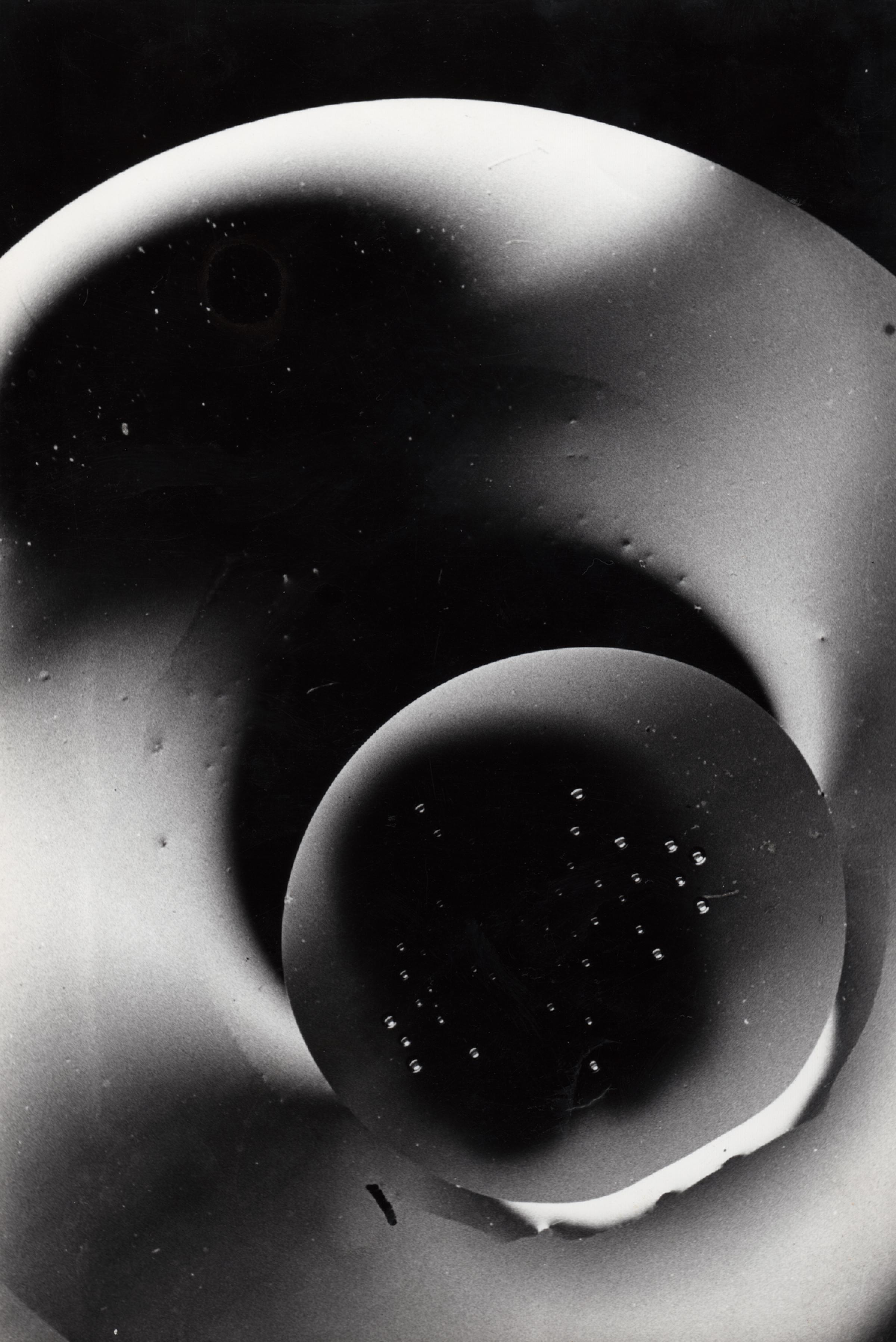 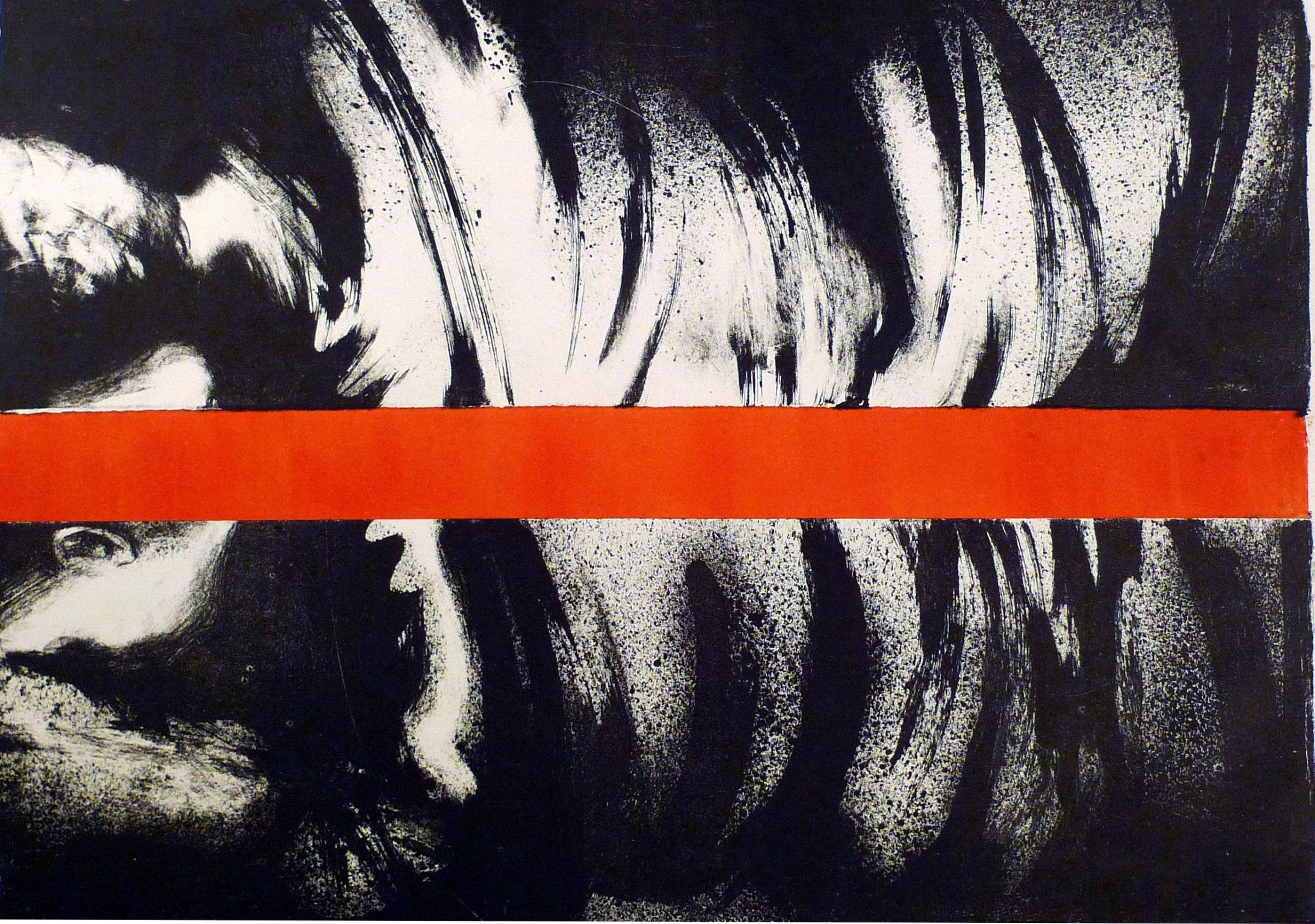 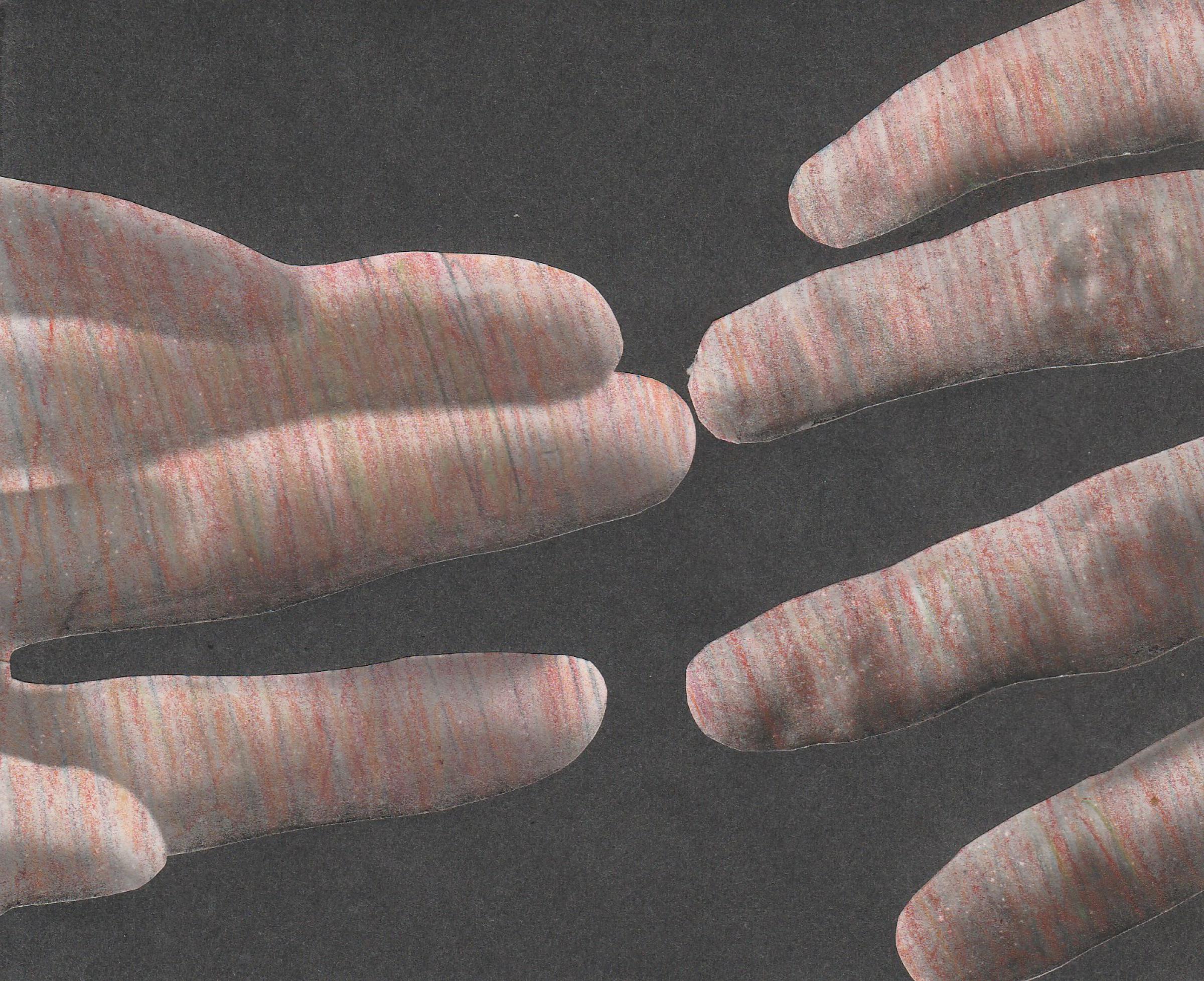 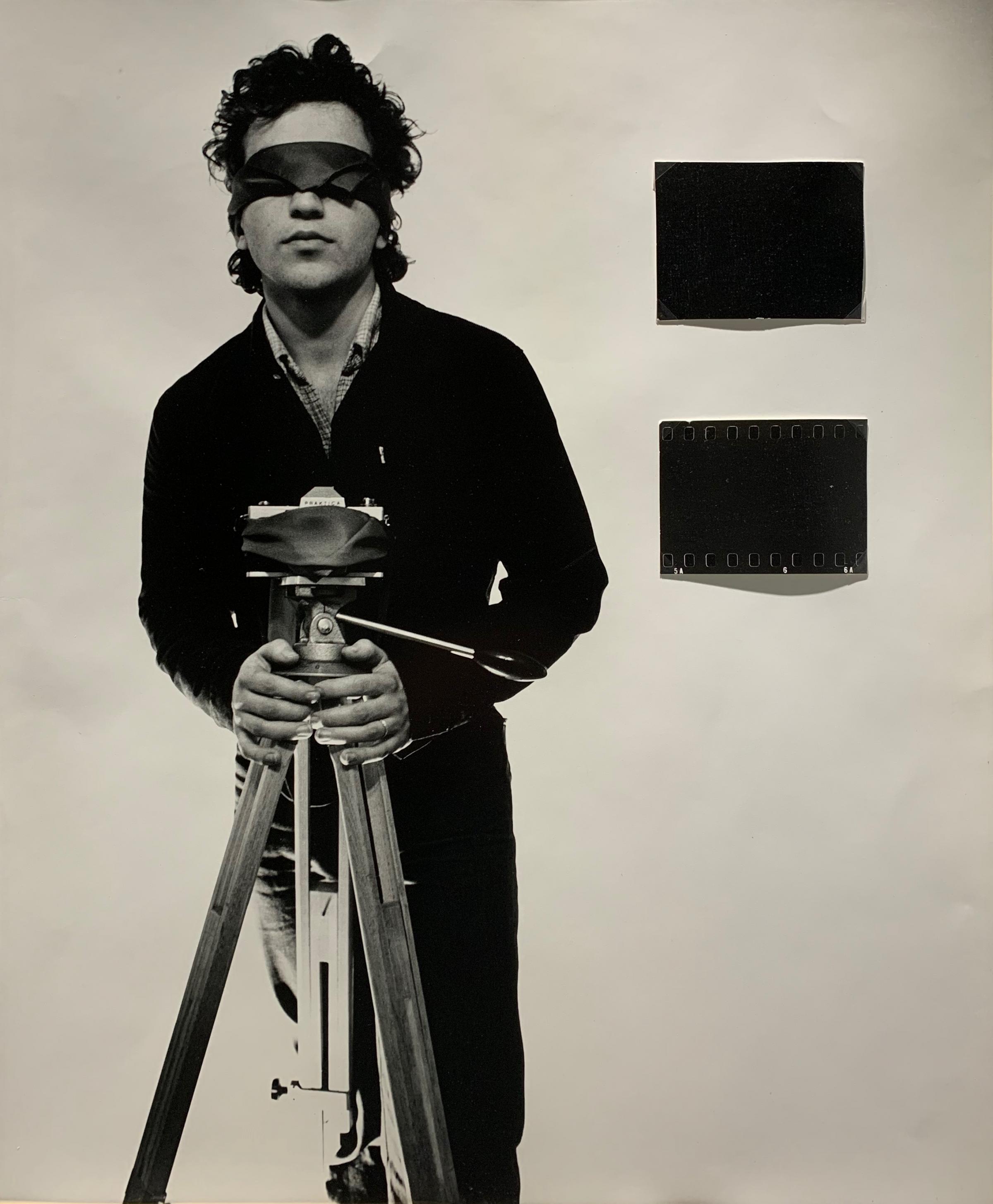 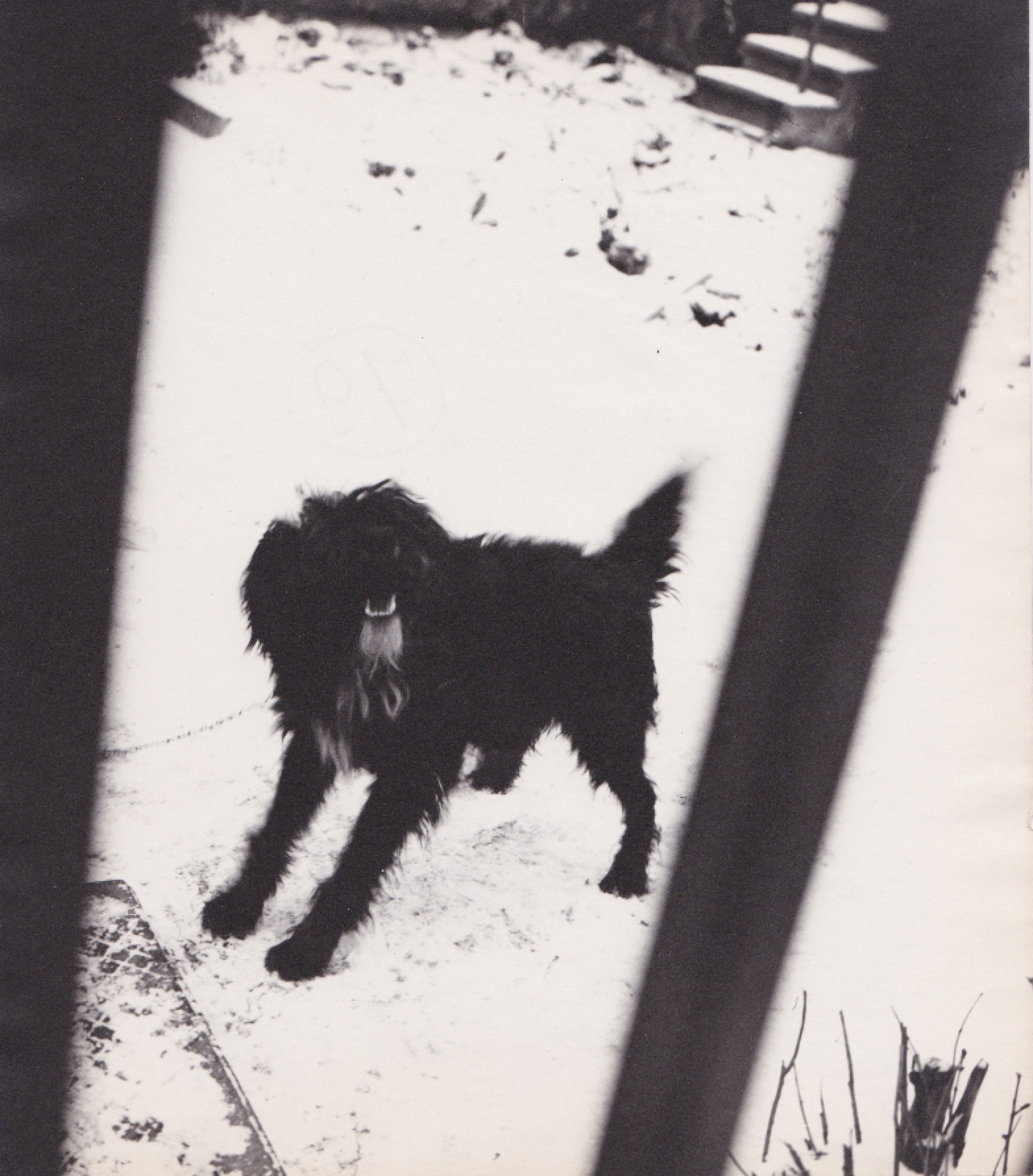 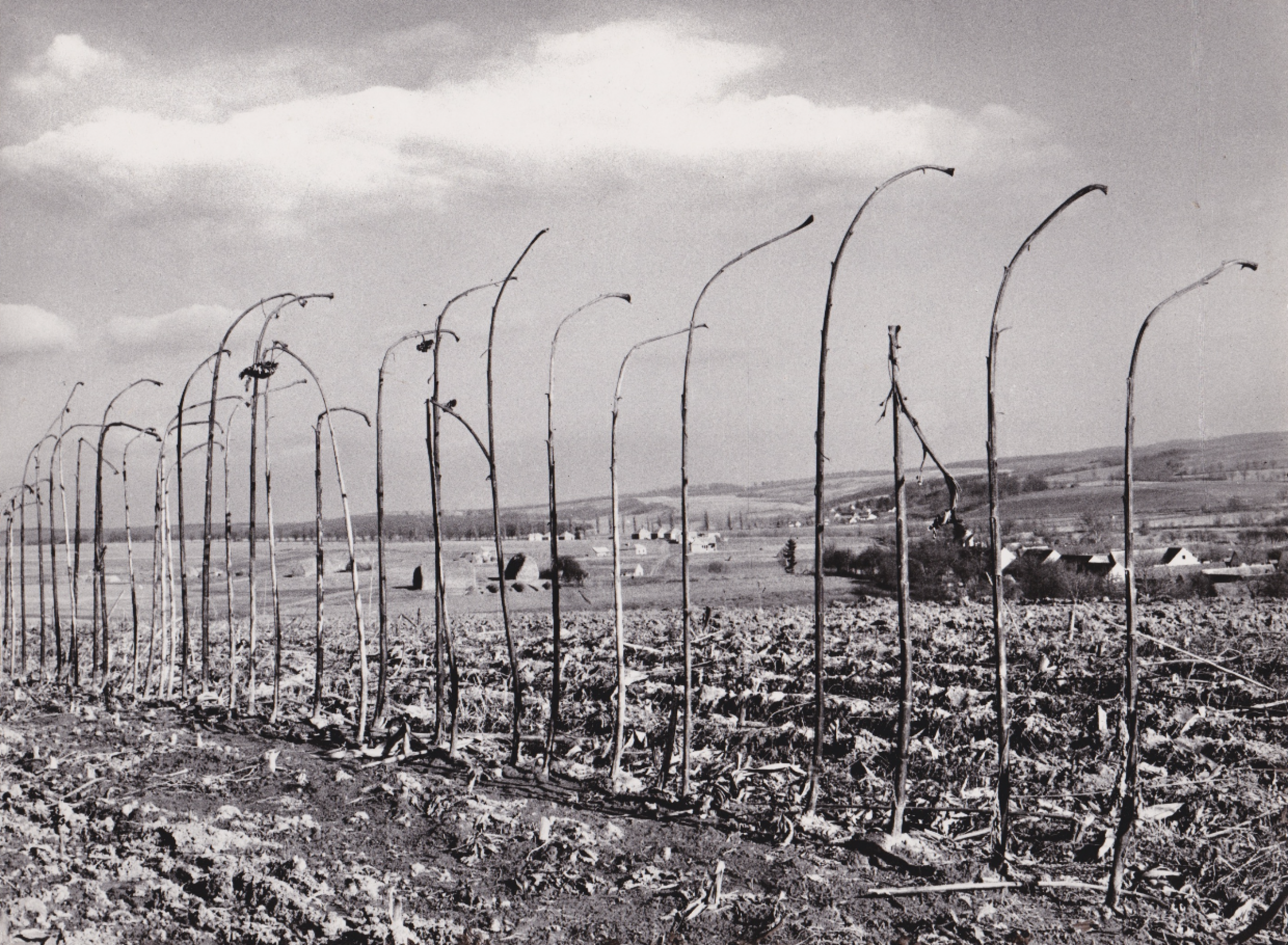 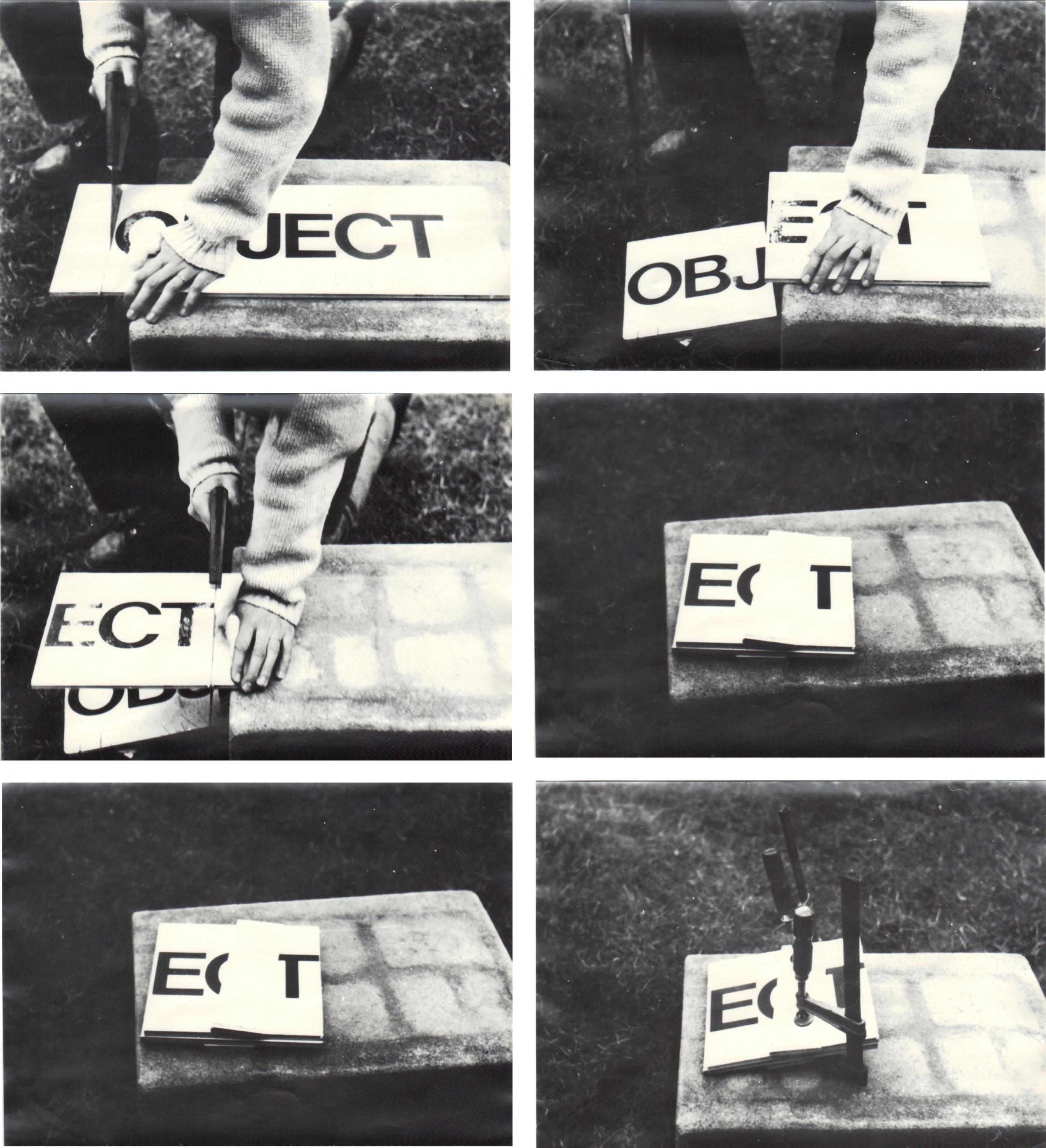 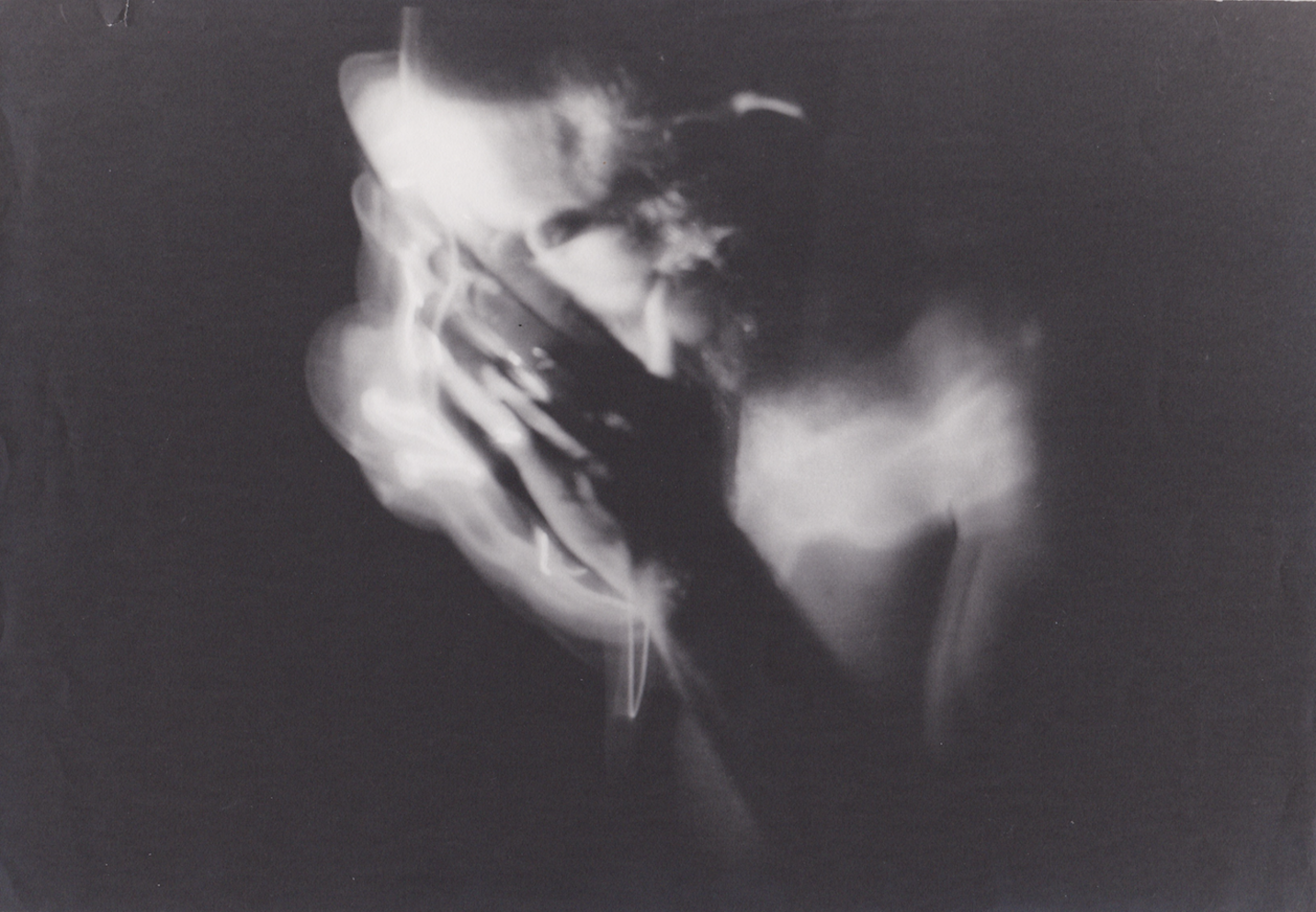 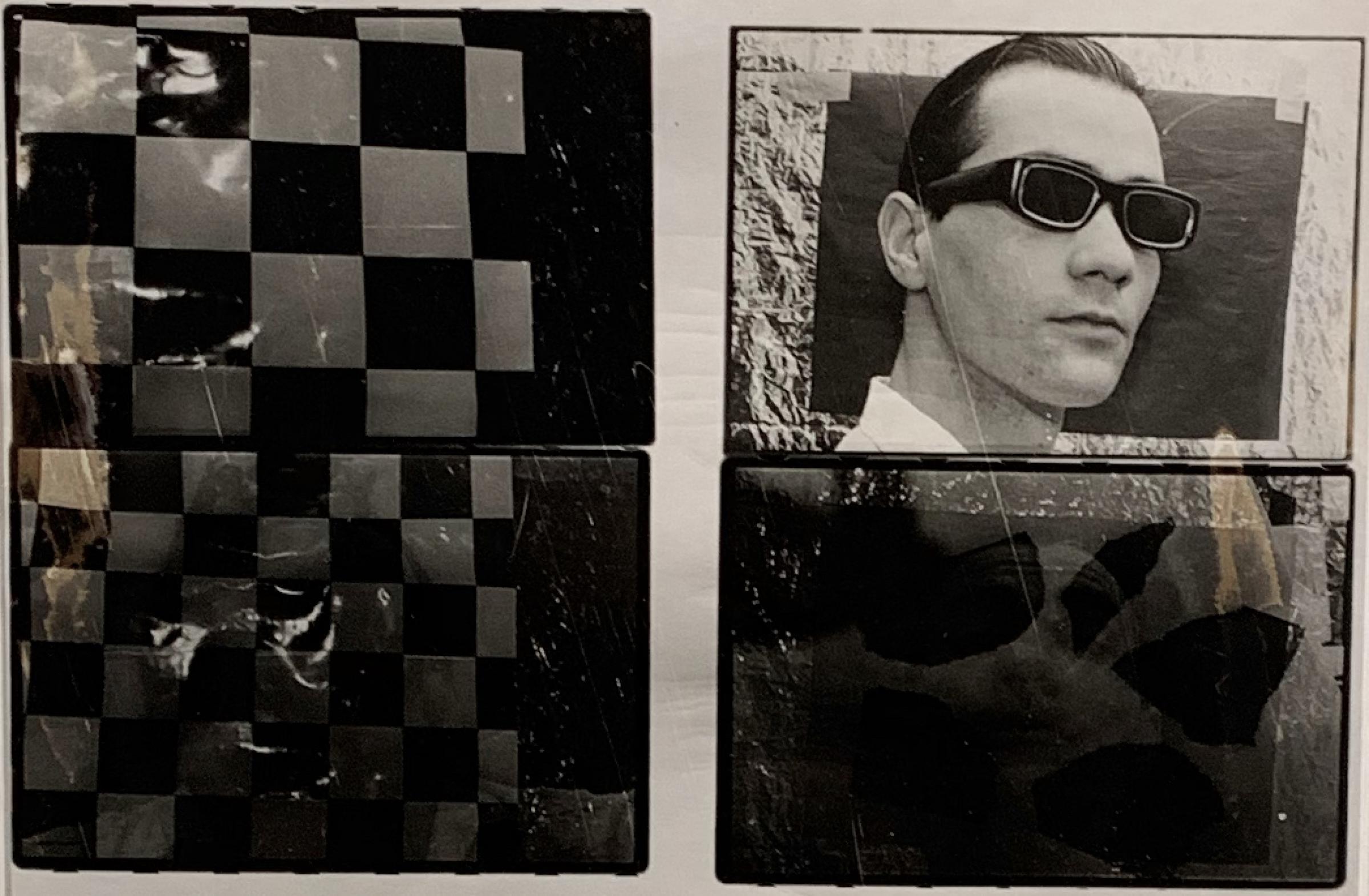 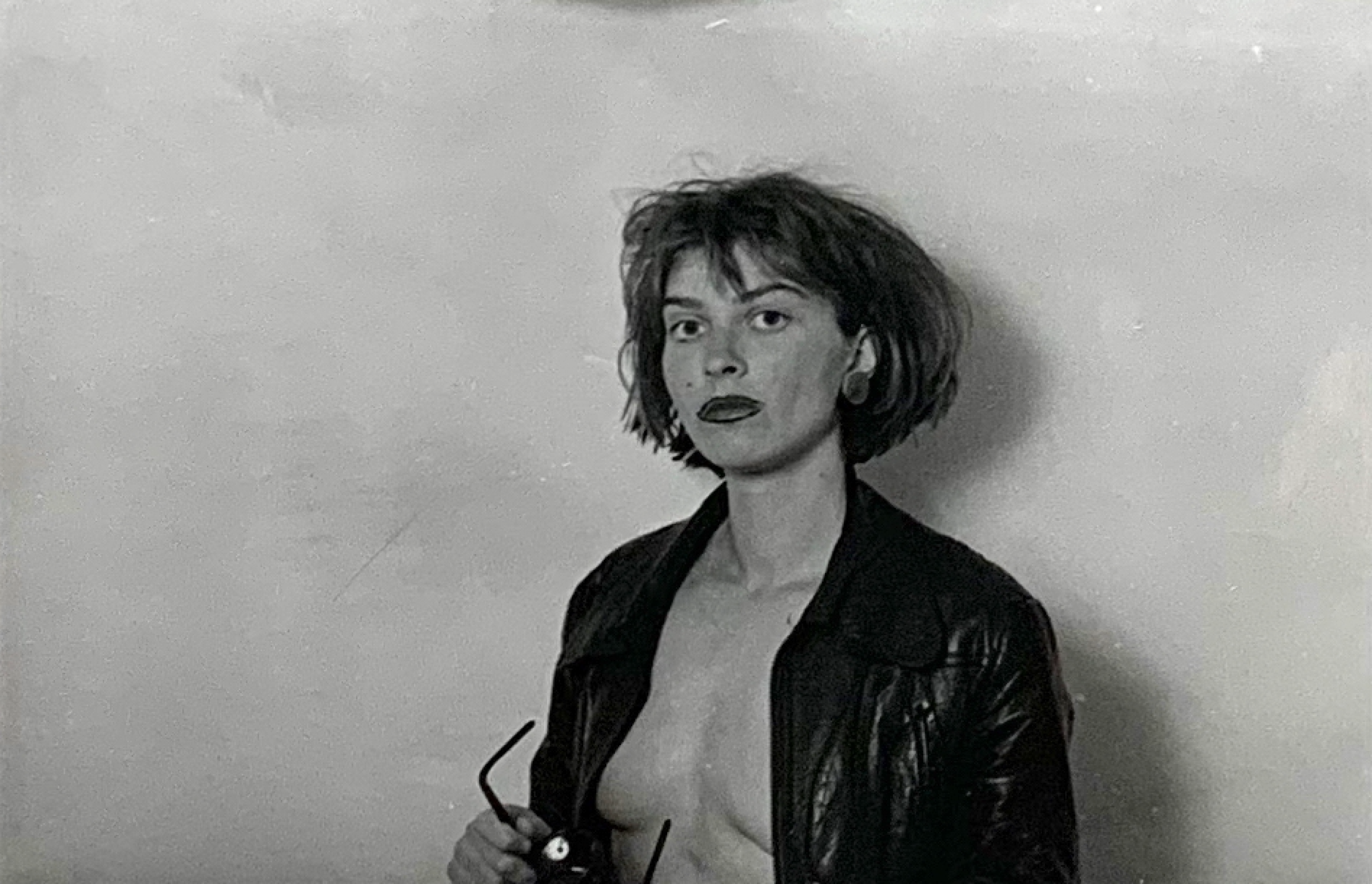 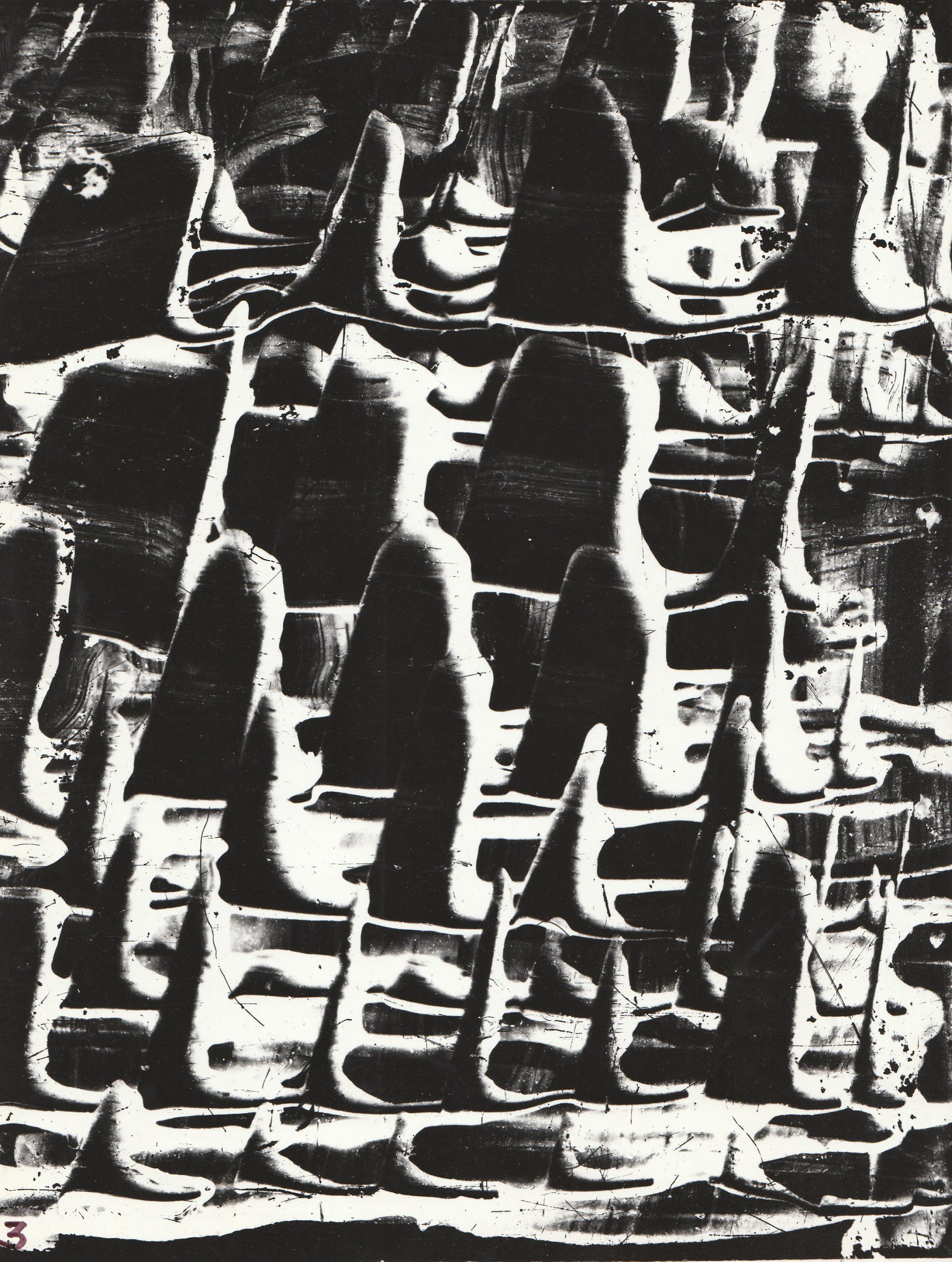 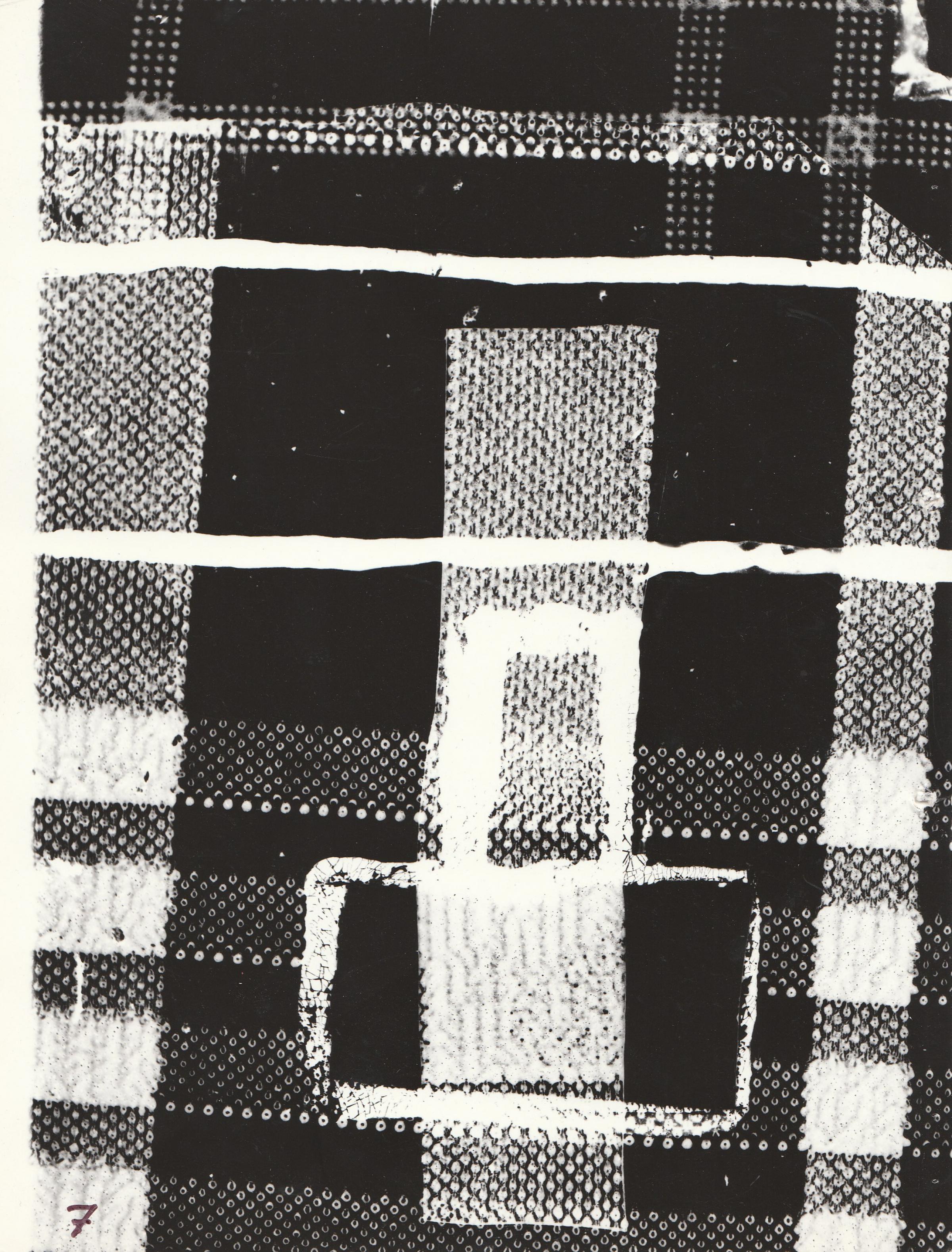 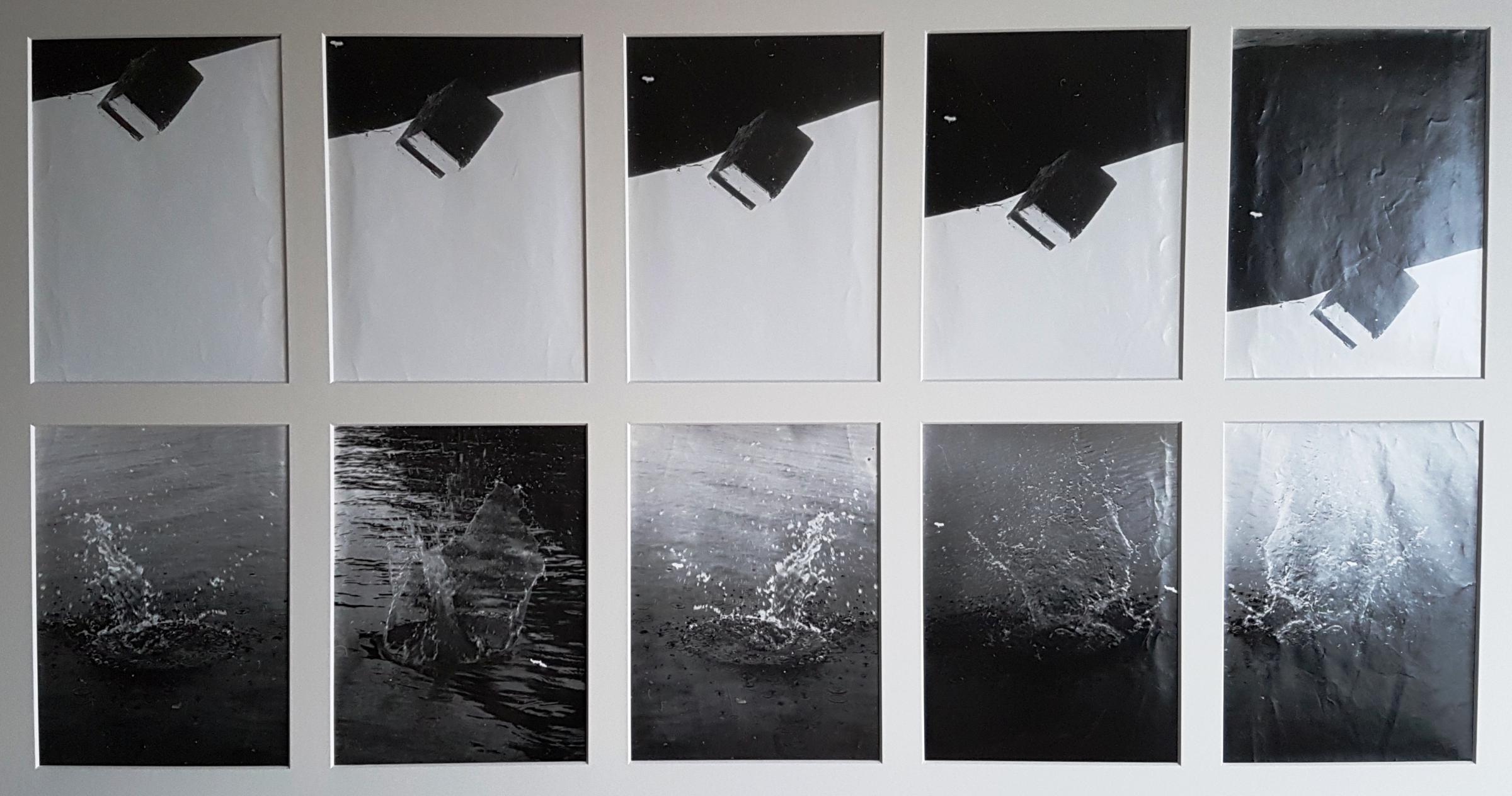 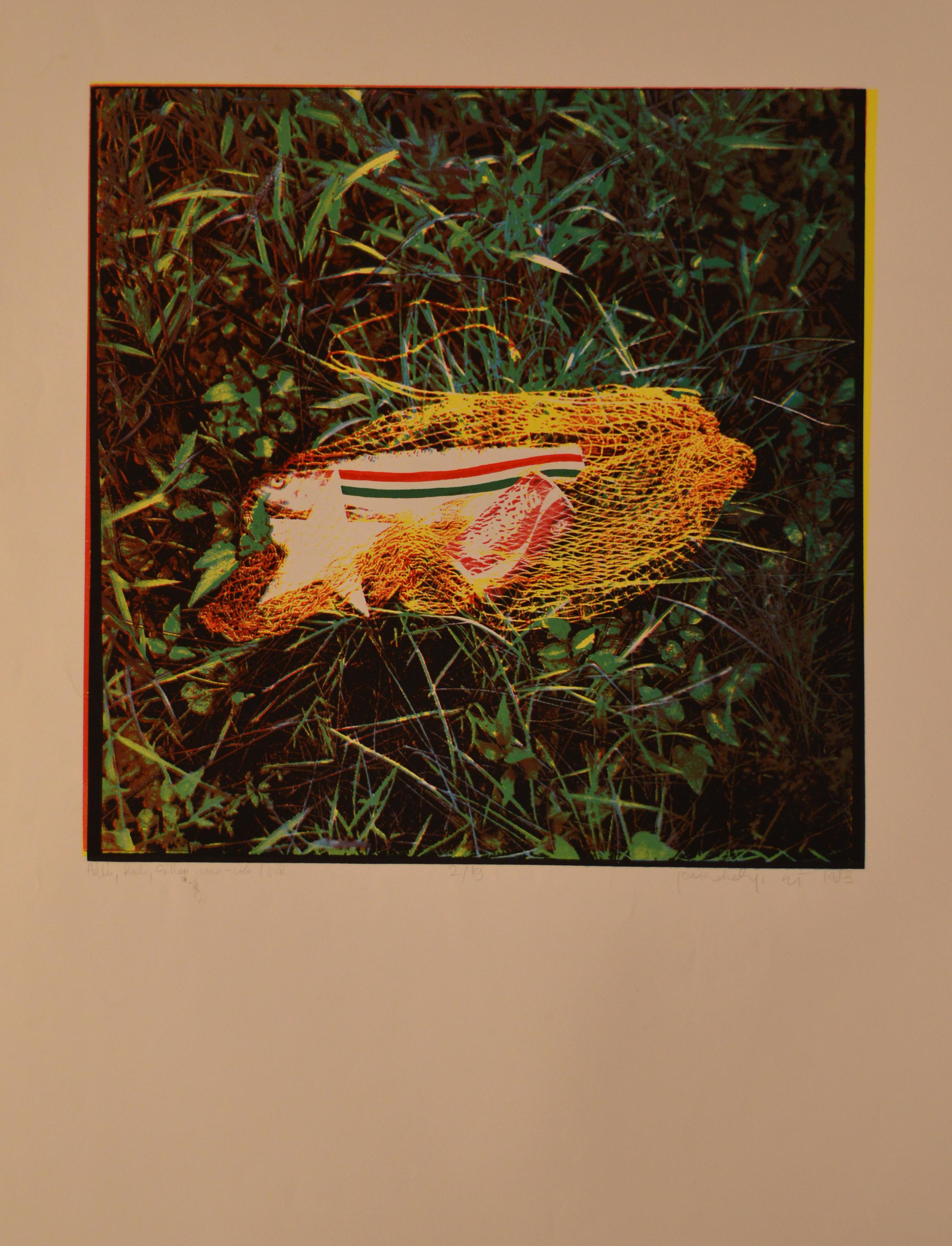 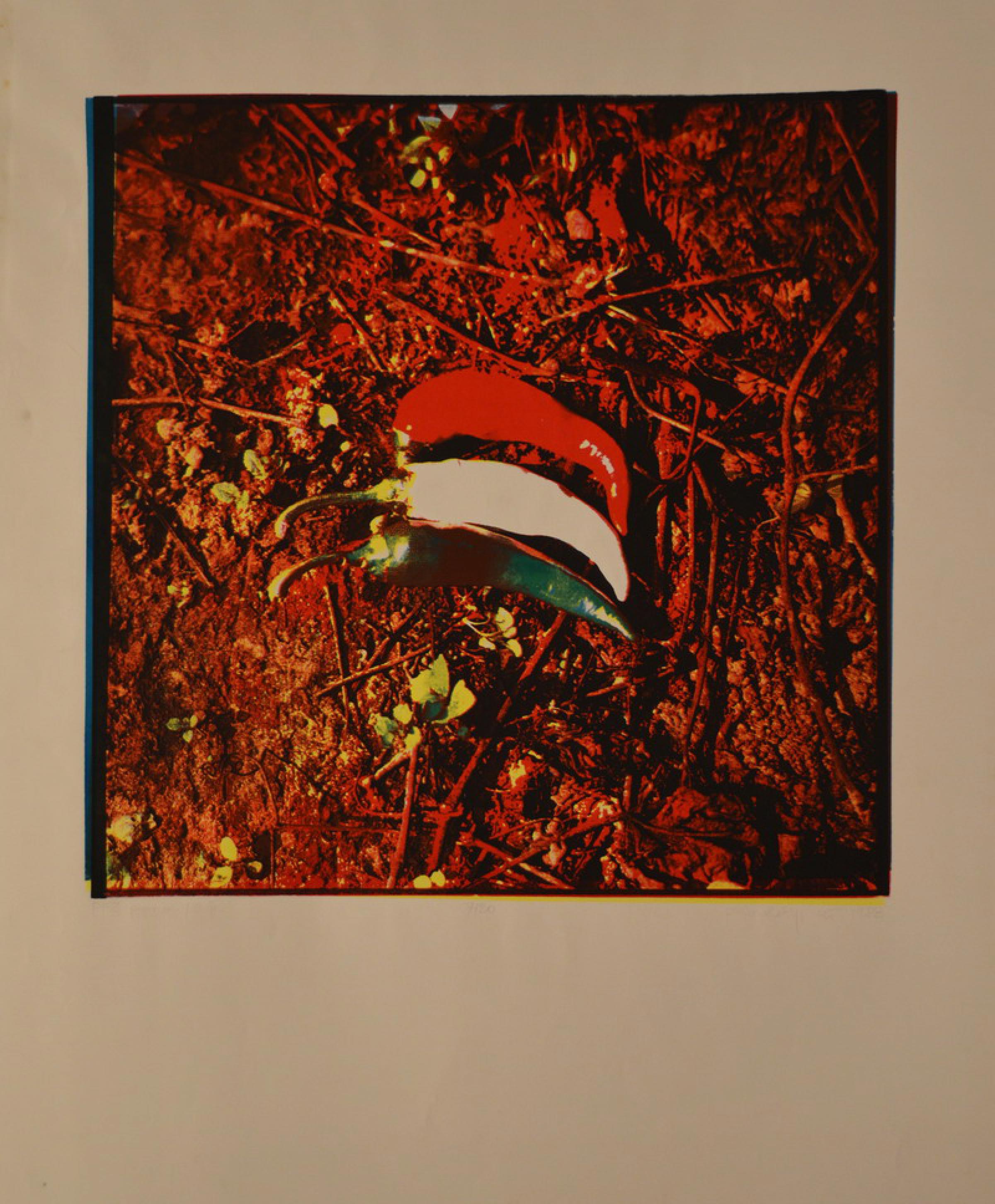 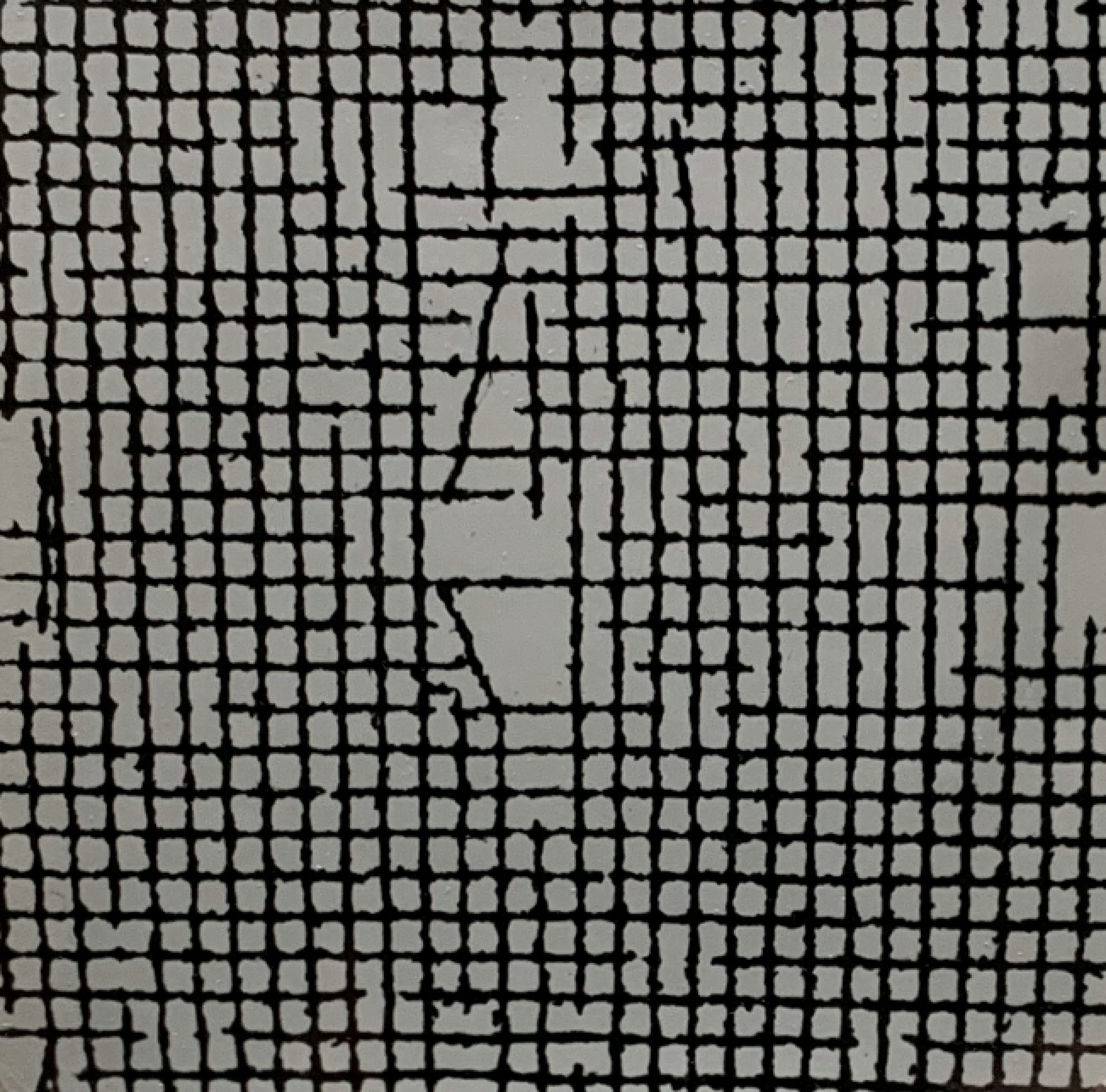 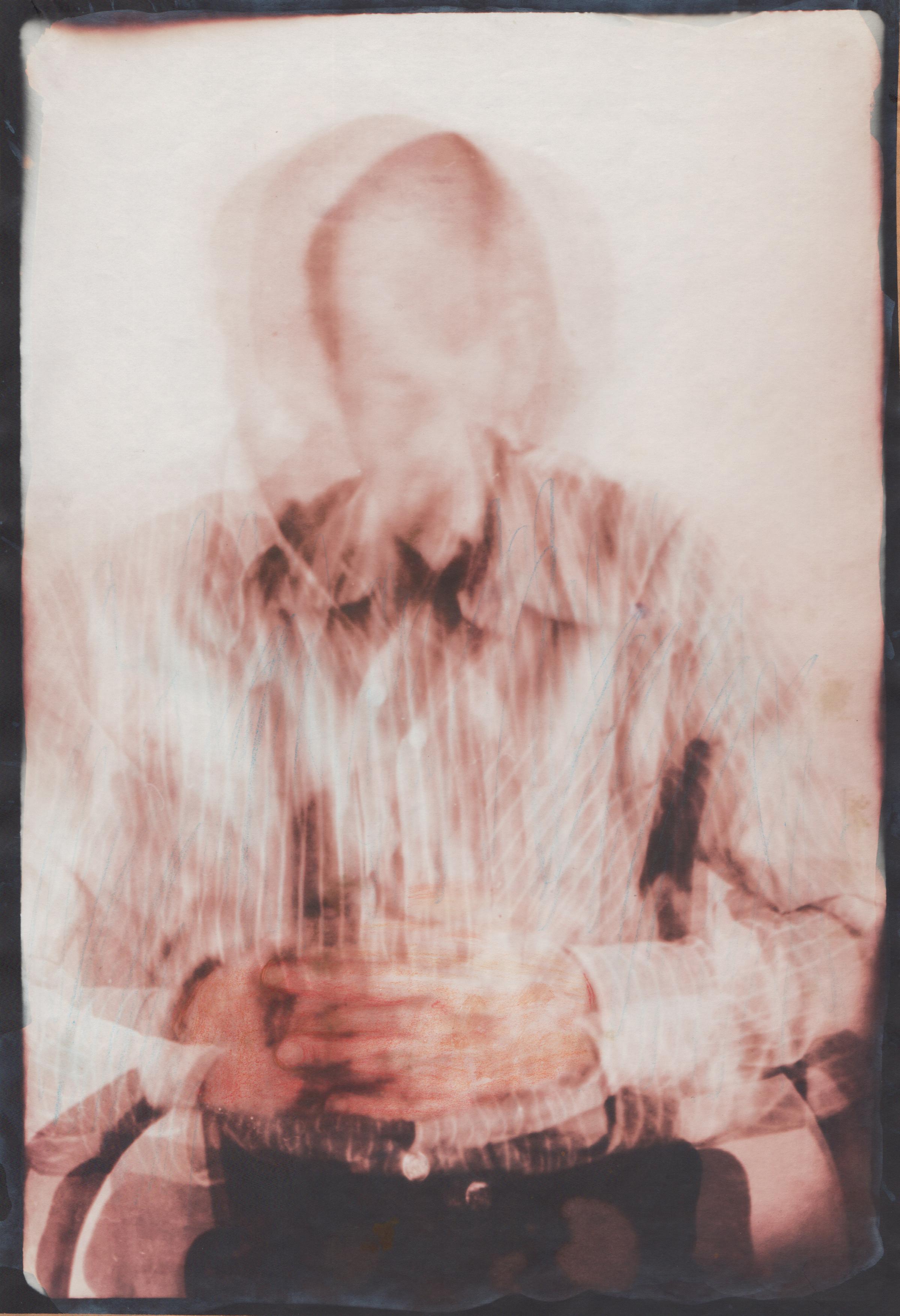 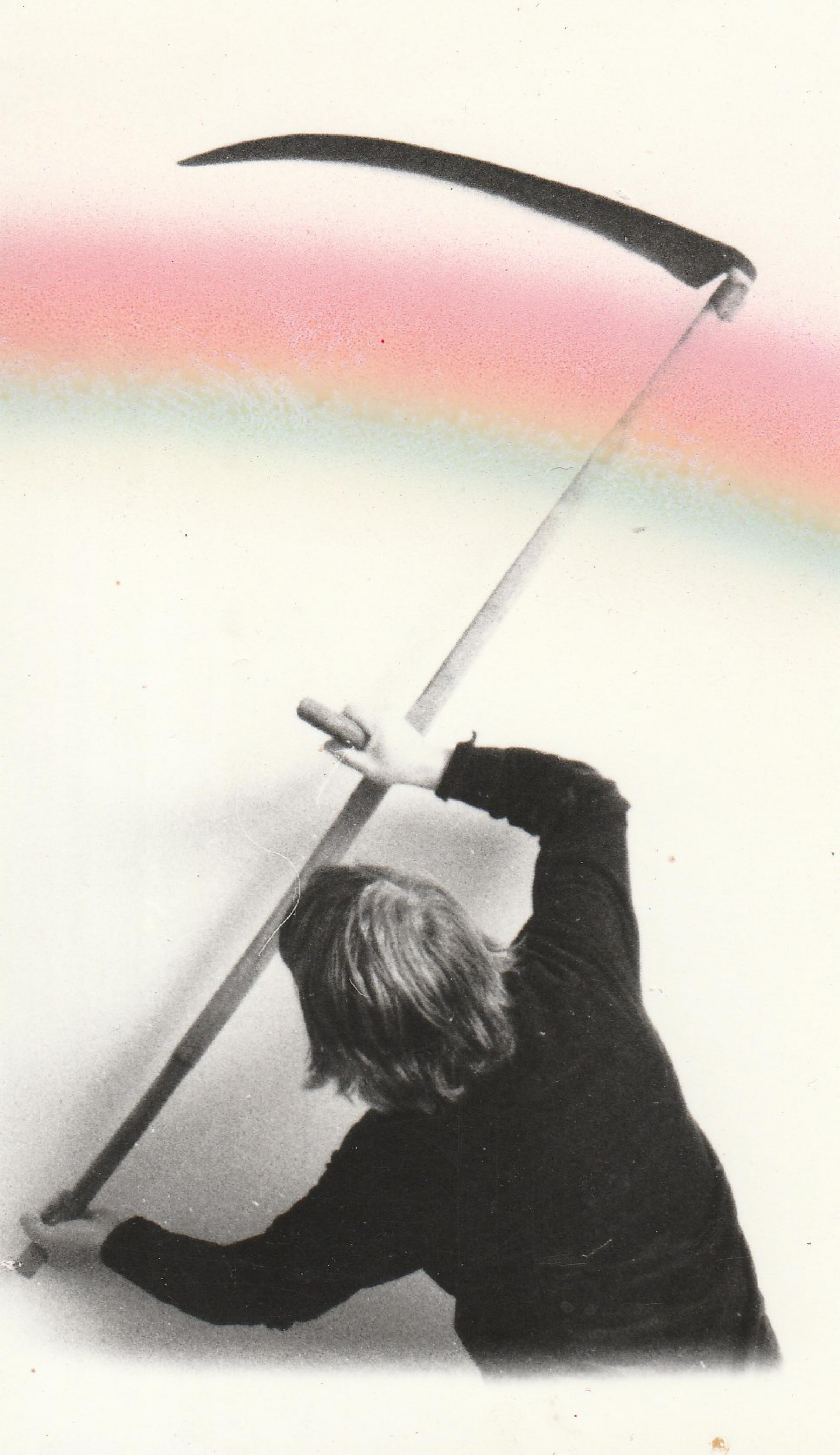 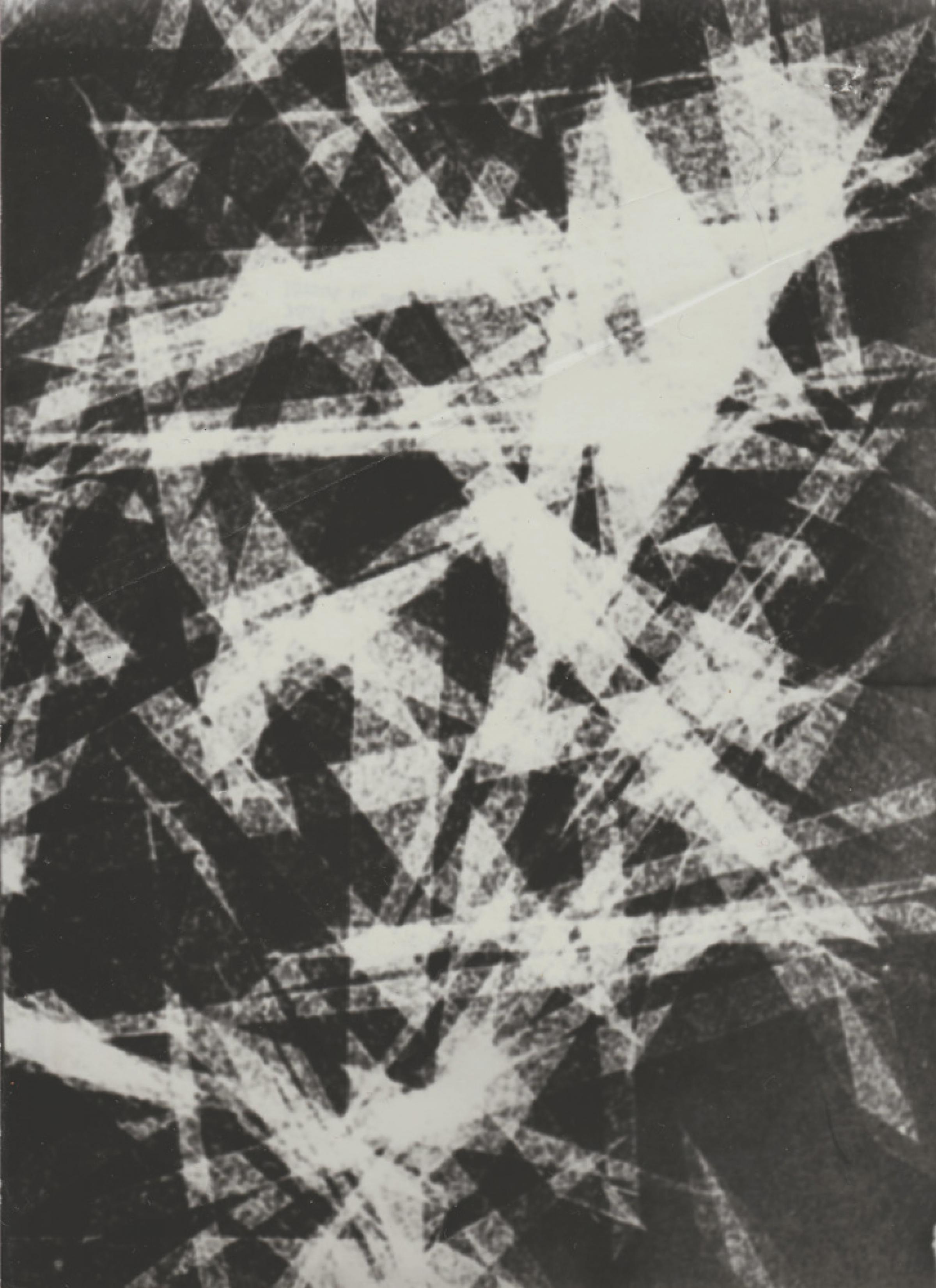 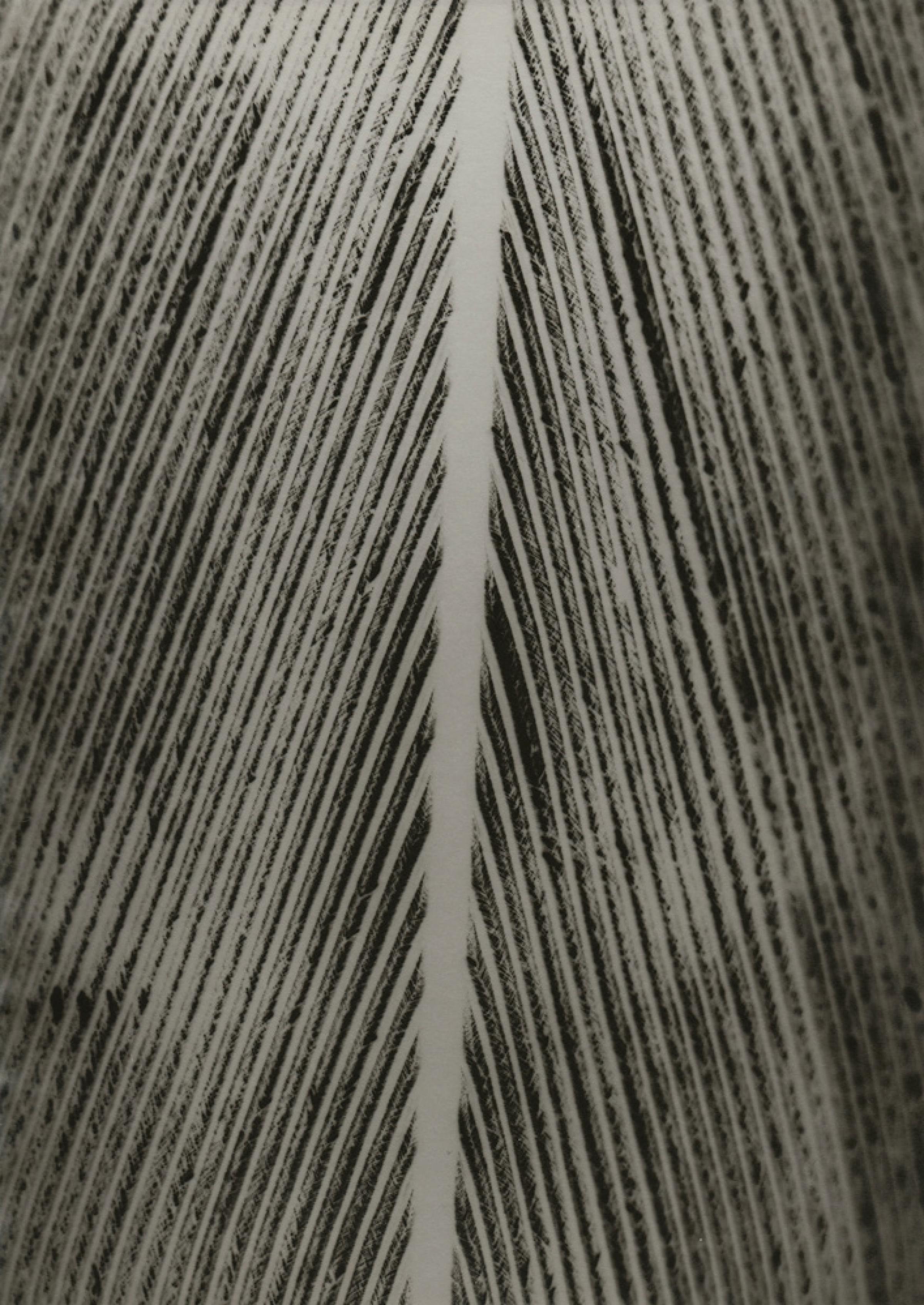 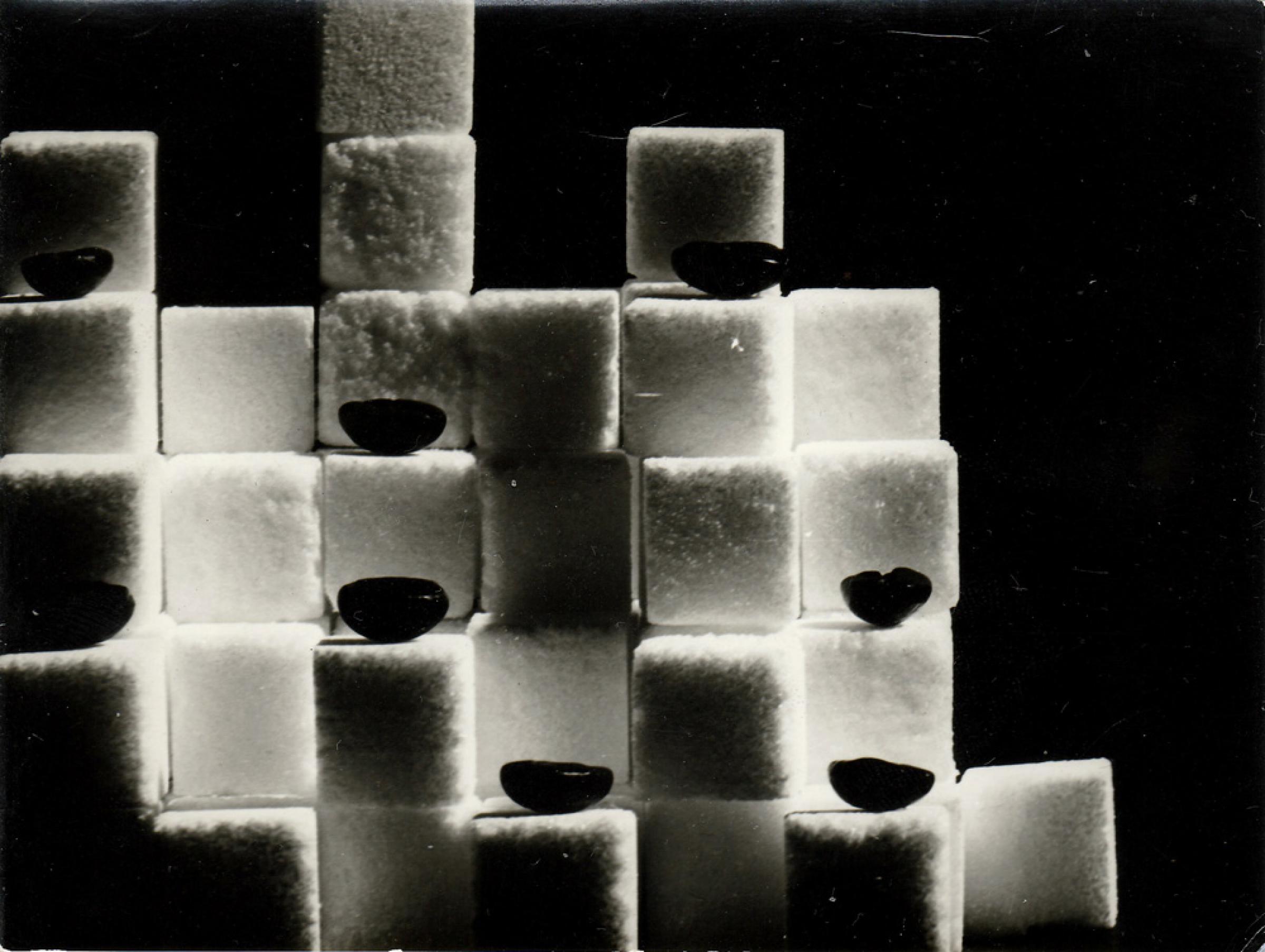 Katalin Nádor
Te koop
Prices are available upon request.
The progressist aspect of Hungarian art from the 50’s to the 21st century, especially in the field of photography, remains a relatively little-known facet of the history of art. Yet, we ought to celebrate the creative commitment of these pioneer artists in view of the hostile environment in which they managed to develop the practice of artistic photography and express their talent. At the time, the confinement of the country, generated by the division of Europe and perpetuated by the Soviet power, prevented any ideological and cultural exchange with the rest of the world. The Hungarian neo-avant-garde did not however renounce to contact the occidental art scene and saw photography as an ideal medium, affordable and suited to facilitate the diffusion of their art.

György Aczél, who oversaw the cultural policy under the government of János Kádár, in power from 1956 to 1988, distinguished three groups of individuals within the Hungarian artistic scene: the “supported”, the “tolerated”, and the “banned”. Photographers, besides the official ones who were supported by the government, oscillated between the groups of the “tolerated” and the “banned”. Furthermore, they did not have an exemplary model, unlike painters with Lajos Kassák or writers with Miklós Mészöly, to look up to or to oppose. The three great Hungarian photographers of the previous generation, namely Brassaï, André Kertész and László Moholy-Nagy, had indeed left the country before World War II. Therefore, the avant-gardist spirit of the new generation of photographers established itself in the absence of any pioneer model.

Despite this highly unfavourable context, numerous photographers of the Hungarian neo-avant-garde gave rise, from the 50’s to the 80’s, to a very rich artistic production which is characterised by an innovative aesthetic that is still striking nowadays. Some of them turned to abstraction. Among the various artists who emancipated themselves from the imperative of realism, we ought to cite the multidisciplinary artist Csaba Koncz. His photographs, which are devoid of any narrative purpose, rely on a game of proportions, framing and soft-focus effects. This form of abstraction, which the author Sándor Szilágyi identifies as “organic abstraction”, bears witness to Koncz’s interest in the beauty of the image rather than the story it tells.

György Lörinczy is also an eminent figure of the Hungarian abstract photography. After various experimentations, he produced purely abstract images for the first time in 1966 with the series Stickies in which he photographed various liquids, enlarging their proportions to the extreme. He is at the root of a rich theorization of abstract photography and consequently became a reference in the eyes of the next generations of young photographers. His approach may remind us of the experimentations of Katalin Nádor who, at the end of the 60’s, photographed close-ups of water droplets and soap bubbles, creating thereby geometric structures and compositions with a graphic aspect.

In Hungary, abstraction was so far from complying with the official realistic art advocated by the power that it was de facto a neo-avant-gardist approach. Thus, the critic Péter Ábel, in the magazine Foto, raised in 1968 the following question: “does abstraction has any place in photography?”. This question, beyond any aesthetic dimension, is first and foremost political and perfectly exemplifies the dissenting aspect that was assigned to abstract photography at the time. Therefore, the author concluded, regarding Koncz’s photographs, that they were “the works of an artist living in the conditions of capitalist society”.

If abstraction is an important aspect of the Hungarian neo-avant-garde, it does not mean however that it is its only distinctiveness. Figuration was also a prolific source of inspiration for these artists and became a privileged place of expression for their desire of renewal. In this regard, we can evoke a particular genre, specific to the Hungarian neo-avant-garde photography, that Szilágyi named “urban visions”. These images, unlike what a naive first glance could lead us to think, are the fruit of a search for identity and a way for these artists to develop a new photographic language. Gábor Kerekes, with his timeless and graphic views of the city, is undoubtedly the most notorious ambassador of this genre.

Just as the urban visions, the self-portraits of these photographers are symptomatic of their search for identity. Those of Gábor Kerekes, degraded or partial, express the torments suffered by the artist who is afflicted by his double life as an infiltrated agent for the Ministry of the Interior. The self-portraits of Szuszi Ujj, in turn, bear witness to a genuine questioning on female identity, while the ones of György Stalter stage himself, not without a touch of irony, in his role as a photographer.

Besides their own image, the photographers of the Hungarian neo-avant-garde also captured the image of others and explored the genre of portrait by thwarting its traditional conventions. This is the case of György Stalter and his satiric portraits, but also András Balla who is notably renowned for his numerous photographs of a hermit named Imre Borostyán.

Beyond these considerations on the genres and subjects they treated, the photographers of the Hungarian neo-avant-garde developed and carried out diverse practices and techniques which were progressist per se. They notably had recourse to light, not only as a mean of illuminating the photographed scene, but as a tool enabling them to create an image. János Vetó, for example, had the idea to use a flashlight in order to draw with light. The Brettschneider group, formed notably by Tibor Szalai and László Vincze, elaborated a process called “light calligraphy” which resulted in mysterious images that embody a new form of photographic expression.

The notion of sequence is also essential to these Hungarian photographers who loved organising their images in series, diptych or triptych, thwarting structural conventions and adjoining on this occasion a new sense to their photographs. It is notably the case of Károly Kismányoky, György Stalter, or János Vetó who thought his images in sequences since the beginning of the 70’s.

Even if the recognition of photography as a proper artistic medium was established later in Hungary than in the West, especially in comparison with America, photography was nevertheless a true breeding ground for avant-gardist experimentations. It was, primarily, a way for these Hungarian artists to express themselves differently, such as Tibor Hajas who, despite his vocation as a poet, saw the photographic medium as a mean to compensate the obsolescence of language and as an opportunity to convey modernist ideas. Photography, in all its frontality, visuality, and, above all, its democratic dimension, became a privileged medium for these artists, including the ones who specialized in other mediums, such as the painter Imre Kocsis.