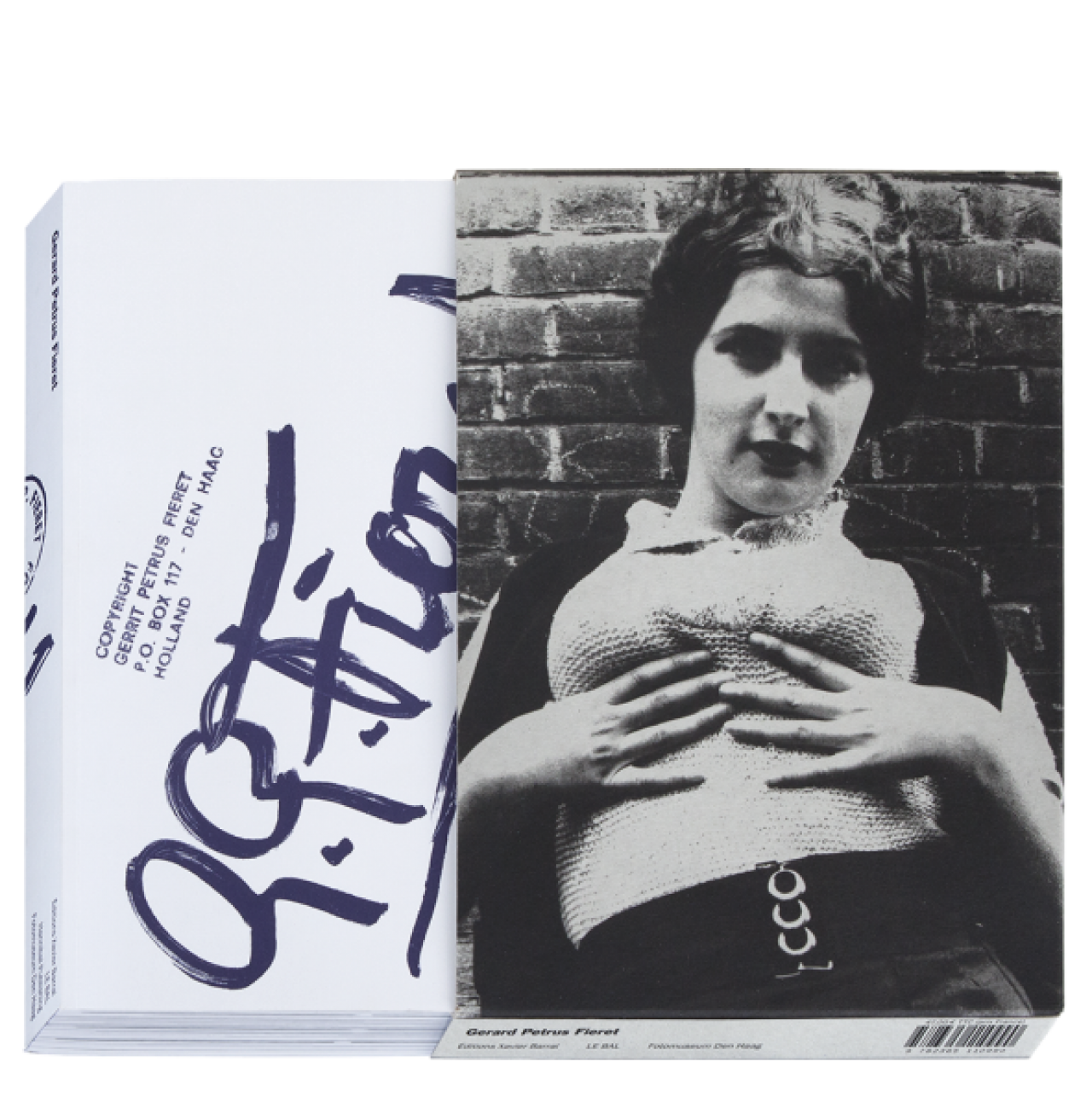 Livres > Livres d'art
Gerard Petrus Fieret
2017
With texts by Wim van Sinderen, Francesco Zanot, Hripsimé Visser and Violette Gillet
Publisher: Éditions Xavier Barral and LE BAL
Language: English and French
Medium: Hardcover
Size: 26 x 18 cm
Pages: 592
55.40$
incl. tva
Dutch artist, poet and photographer Gerard P. Fieret (1924-2009) has created some of the strangest and most subversive works produced in Europe in the 1960s and 1970s. An obsessional and insatiable photographer, taking pictures of anything and everything. He did focus on subjects he was particularly fond of: women, legs, children, shop windows, street scenes, and himself. His presence, the interaction and complicity with his subjects, often quite sensual, are representative of his work. Fieret has continuously experimented and pushed the boundaries of the photographic medium with his reflex Praktica through solarization, double exposure, scratching the negatives, etc.

Echoing the fluidity and distortion of reality in Fieret’s work, this major monograph (592 pages) using very thin paper offers a poetic dialogue between the photographs thanks to the play of transparency. Four critical essays by Wim van Sinderen, Hripsimé Visser, Francesco Zanot and Violette Gillet shed new light on the singular personality of Fieret and the multiple aspects of his work in relation with the history of photography and the arts.