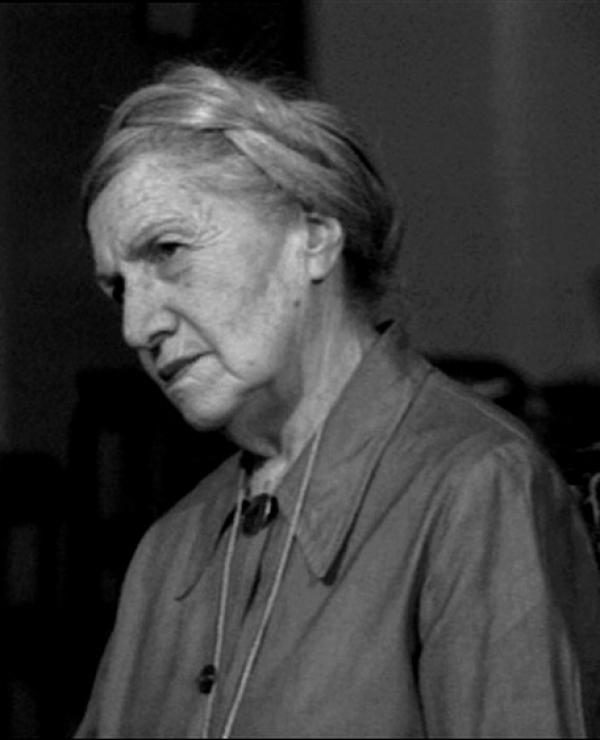 France, 1902-2004
Denise Loeb, with artist's name Denise Colomb, was started her artistic career quite late in life. She mainly created portraits, especially of artists, but also photographed landscapes and everyday scenes during her travels as well as at the Parisian Quartier des Halles. Together with Roger André, she is considered one of the great portraitists of the mid-20th century.
Born in Paris in 1902, Denise Loeb married in 1926. In the mid-1930s, the Loeb family followed the father, a maritime engineer, in his various positions. On the way to the Far East, at Port Saïd, Denise Colomb buys her first camera.
From 1935 to 1937, she traveled from Saigon to Vietnam,  Cambodia and China, focusing particularly on the daily lives of the peoples encountered but also on the grandiose landscapes offered by Halong Bay or the Great Chinese Wall.
On their return to France, the war and the occupation put her nascent career as a photographer on hold. In 1942, she takes refuge in Dieulefit under the name of Colomb (Columbus). The explorer's name will become her stage name. In 1947, she presents in her apartment the photographs taken in Indochina. Through her brother, Pierre Loeb, founder of the "Galerie Pierre", she meets many artists. Antonin Artaud, Giacometti, Picasso, Nicolas de Staël, Soulages or Miro all posed for her, in their studio or daily setting.
From now on, her career oscillates between exhibitions and photo reports in France and abroad (West Indies, Italy, Portugal, Israel or Norway). Close to humanist photographers like Édouard Boubat, she pays particular attention to expressions of faces and everyday scenes.