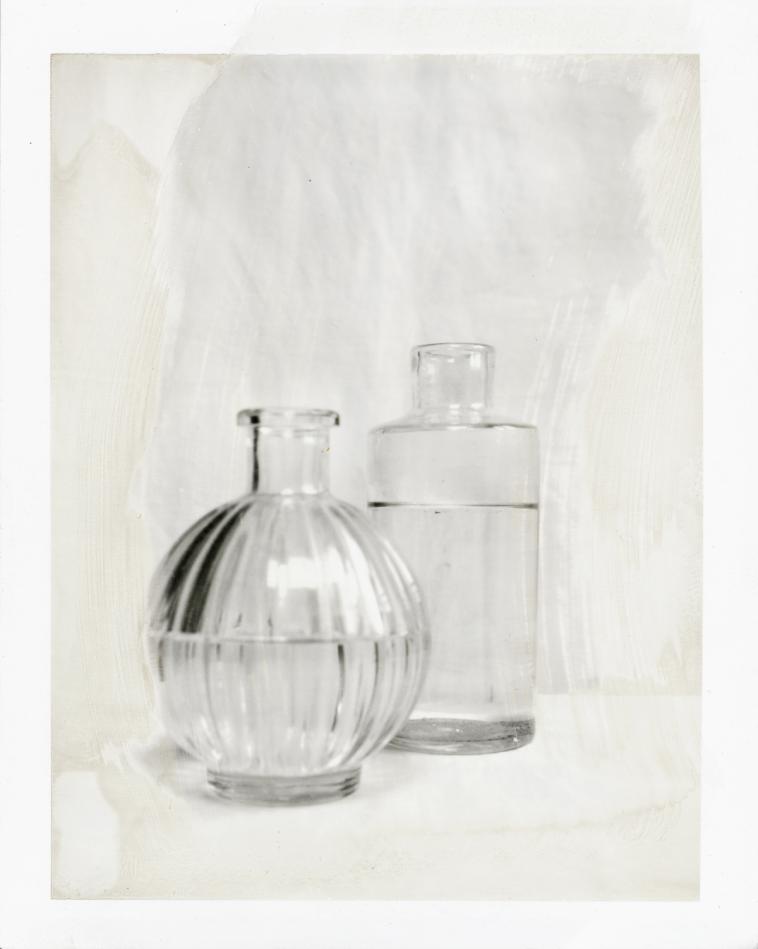 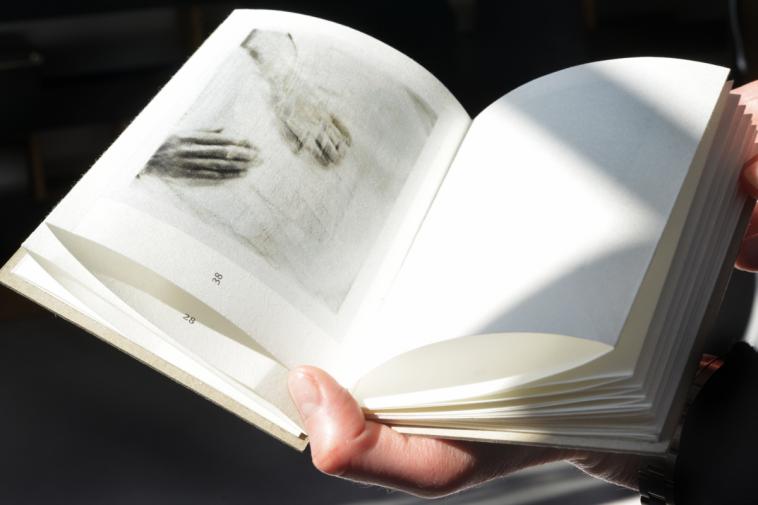 Gil Rigoulet – Mes Jours
But soon there will be nothing left. Traces of lipstick on a glass remind us that only a few moments before, bodies were intertwined, each lusting for the other. Only objects remain. Now left to their own demise. Vases, glasses, full of words and clues and gasps and sighs from vanished passions.
Objects placed in a particular order. An order that echoes that of a world of a man: the man behind the camera. Actor, voyeur, operator, storyteller, conveyer. He whispers and suddenly we hear the murmur between the lovers. Each in solitude. Never quite together. Joined, somewhere, elsewhere.
The woman proudly flaunts herself, provocative and domineering, whilst the man shies away. Beneath the sheets he attempts to hide from himself. Tired of seeing, tired of her yearning, he shuts his eyes. Who will see in his place now? The photographer? The shadow that appears and disappears at the pace of his visions? For the eye never dies. Always in dire straits, looking for a sign, a feeling, an answer.
Suddenly we find ourselves faced with the anathema of the artist, with the complexity of being a single being and the eternal dilemma: forgetting oneself versus renouncing the work.
We return to reality. The bodies have left. The fever has passed. It disseminated all but the images, frozen for an artificial eternity. Man and woman now stand as two survivors. The night can no longer hold them back. Like vampires, they flee the coming dawn. Photography is the only trace of them ever existing. Light is all. Let there be light!
And light appears.
The chamber is now empty. The bodies have dissolved into the waters from which they originated, pure matter again. They are far gone now. Photography shall not suffice.
Selma Bella Zarhloul
Gil Rigoulet on the Polaroid 665
"The Polaroid 665 is an instant black and white positive / negative film, which provided, one to two minutes after the exposure, both a positive photo, but also a negative of an exceptional finesse. The positive is about 8,5 x 11 cm. Polaroid joined a small stick that allowed to fix the image after its appearance on the paper.
For my part, I used this fixer rod by applying it to certain parts of the image in a movement that allowed me to select the portion I wanted to preserve.
Over time the areas of the images that were not fixed disappeared little by little, leaving only certain contours.
It took more than 10 years of oxidation of the parts not or badly fixed to obtain this set of traces and disappearances of the forms.
But to the extent that these positives are still not fixed, they continue to evolve, until they probably totally disappear in the next 20 years.
These are images in progress and by nature unique and ephemeral.
I scan the originals in very high definition every two years to record their transformation.
The pictures presented are prints made from the scans and they do not move.
This series of positives shows the transience of life."
All photographs ©Gil Rigoulet