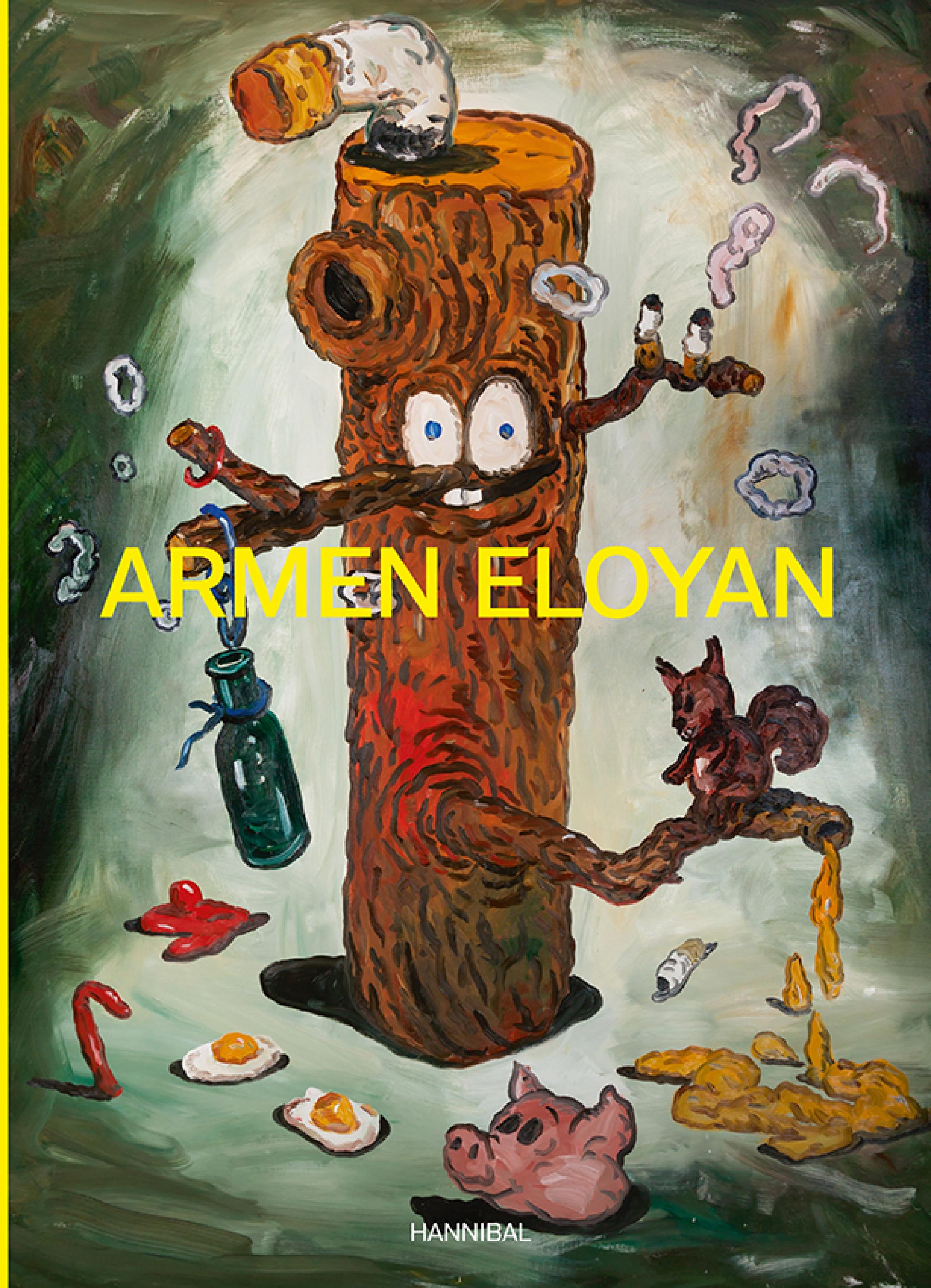 Books > Art books
Armen Eloyan
2019
With texts by Anne Bonnin and Laurence Gateau
Publisher: Hannibal
Language: English and French
Medium: Softcover with flaps
Size: 24 x 17 cm
Pages: 208
47.43$
incl. tax
“The paintings of Armen Eloyan convey an air of immediate familiarity. We recognize familiar figures: old acquaintances like Pinocchio, Mickey and Minnie Mouse, Sponge Bob, Bugs Bunny, Donald Duck, Krazy Kat, Pluto, and Goofy—an anthropomorphic community of mainly American animated cartoon and comic-strip characters. They are childhood figures, but what a peculiar childhood!” (Anne Bonnin)
The expressive paintings of the Armenian artist Armen Eloyan (b. 1966) are as cute and seductive as they are repulsive. According to Eloyan, a good painting is like a good joke: the pieces must fit together.
Noted for his large-scale, irreverent paintings of anthropomorphic animals and figures, he depicts absurd narratives in his darkly comic work. Though Eloyan doesn’t define himself as a writer, his paintings tell sardonic, sometimes erotic stories. Inspired partly by cartoons and street art, as well as the European masters, his works are heavily impastoed with colorful paints and thick black outlines, adroitly balancing dark humor with a searing existential vision of a dystopic world.
With texts by art critic Anne Bonnin and Laurence Gateau (director, Frac des Pays de la Loire).