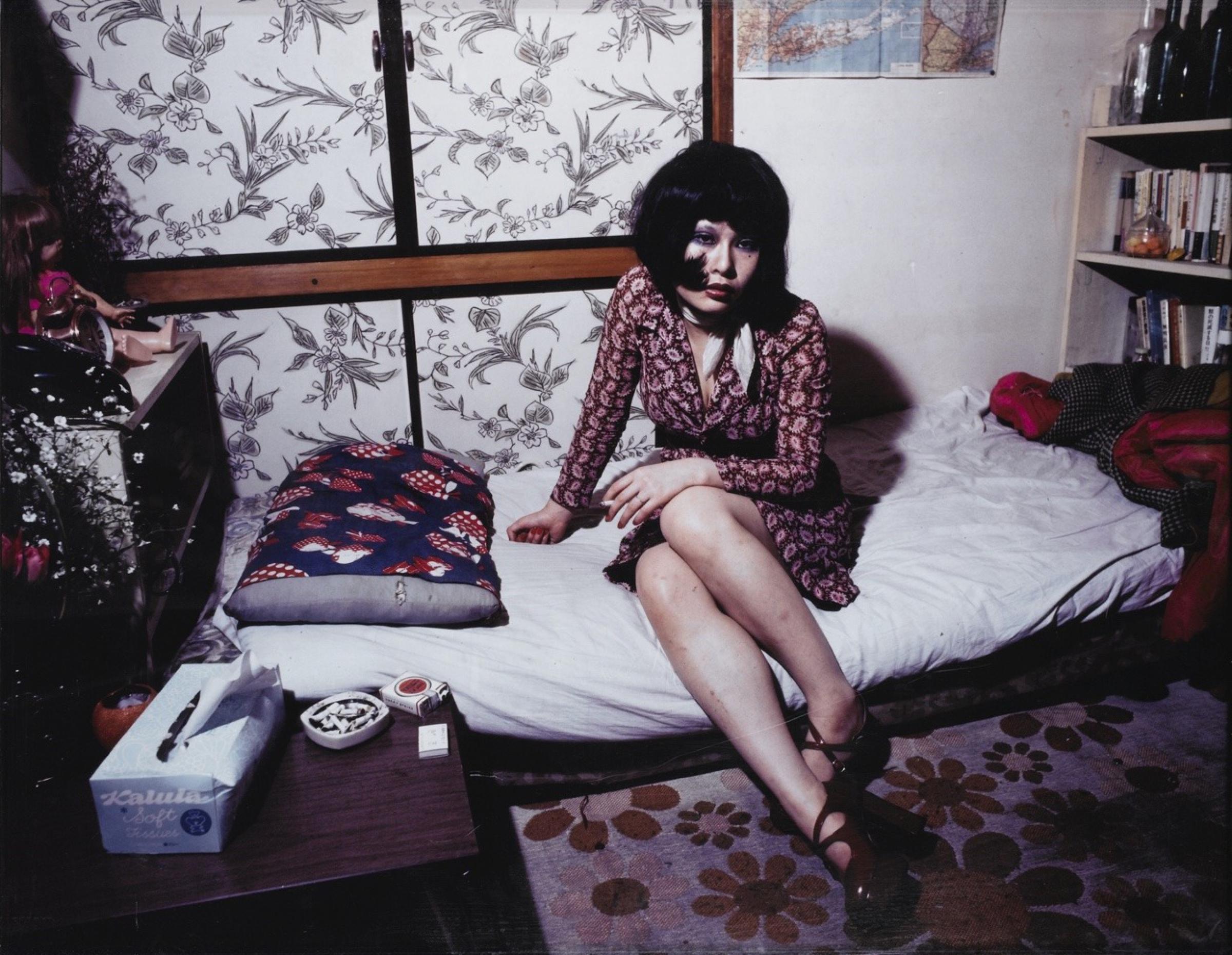 Artworks > Photography
Nobuyoshi Araki
1997
Cibachrome print. Excellent condition.
Image size: 60 x 76 cm
Flush-mounted to board.
Framed.
6 061.50$
incl. tax
Consistent with a glossy Cibachrome print, a few light scratches visible under raking light only.
At the traditionally conservative post-war Japanese society, 20th century enfant terrible photographer Nobuyoshi Araki shoots arrows of fire under the guise of violently sensuous photographs. The young boy who grew up near the Tokyo cemetery where prostitutes and other courtesans came to find eternal rest, developed a fascination for women, sex and death.
His scandalously famous shots of women held in tight bondage are to him the expression of his admiration for the female body and most importantly, for what he calls “a woman’s soul”, which, in contrast to her physicality, can never be restrained. Araki plays on the viewer’s ability to go beyond the infinitely erotic, slightly perverted vision of women which he projects.
This print from the 1998 series Tokyo Nostalgia highlights the childish obsessiveness of Araki’s art: the combination of playful experimentation and of a dark compulsivity. In the dimly lit room, there is no body awaiting the voyeuristic gaze of onlookers. A woman, fully clothed, with exhausted eyes under a dishevelled bob cut, stares impassively at the photographer entering her world. The white sheets on which she sits make for a neutral background to the scene in which even the mushroom pillow case plays a part. A dark carpet offers a flowery design for her high heel shoes to rest. She smokes a cigarette, as if unaware of the Lolita-like atmosphere floating about her. The intimacy of the moment, of a grown woman’s incongruous return to the familiar setting of a child’s room where her daring sensuality meets the innocence of scattered toys, turns the print into a highly charged encounter.
By mixing together the different themes and symbols that he usually displays, Araki creates this fragile, dramatically touching photograph which may both be his most intimate and most disturbing work.
Nobuyoshi Araki
Araki was an avid admirer of Brassaï, Henri Cartier-Bresson and Jean-Luc Godard. His own career began in 1964 with pictures of children in the city, then Araki photographed his own h ...Read more