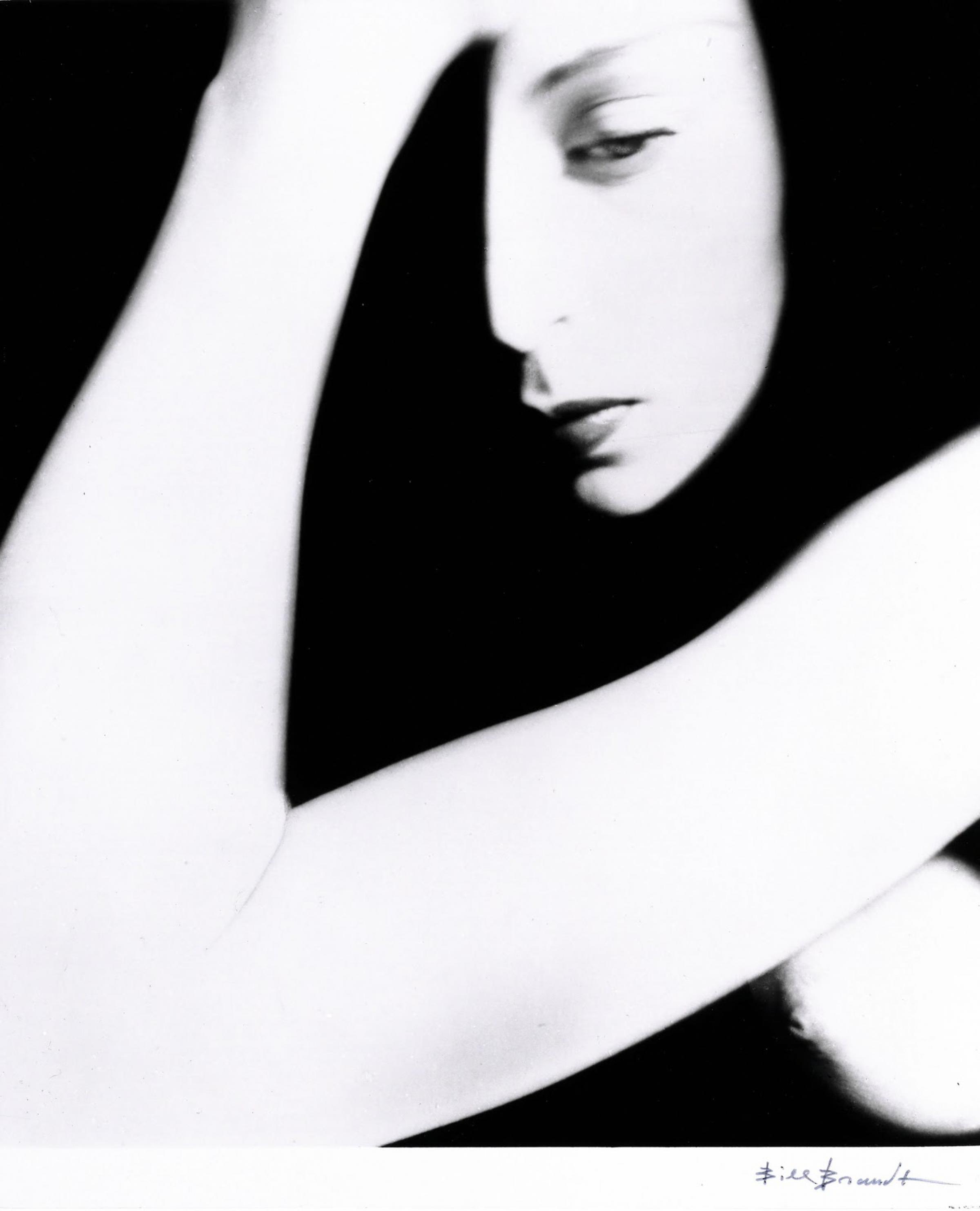 Artworks > Photography
Bill Brandt
1952
Gelatin silver print, printed ca. 1970
Image size: 33,8 x 29,2 cm
Mount size: 36,2 x 29,5 cm
Frame size: 38 x 32 x 4 cm
Signed in ink
Flush-mounted on board, Framed (wood, black)
14 199.60$
incl. tax
Neutral hued image on semi-gloss paper with lower margin, flush-mounted on board. Scattered hairline cracks; artist's retouching in places; and a minor area of lifting near image center, presumably from the mounting process, all visible in raking light only. Three small areas of slight fading in the upper right quadrant, visible under close inspection only. This print fluoresces in UV light. Please note this print is sold framed.
Provenance: Christie's, New York, October 3, 1996, lot 181; Christie's New York, October 5, 2018, lot 308
In the 1966 introduction to Shadow of light, a collection of some of Bill Brandt’s most beautiful photographs, Cyril Connolly declares a great photographer to be a combination of a lyric poet and a historian. Although the phrase may at first appear somewhat pompous and removed from the subject at hand, it does apply quite well to the ever diverse work of Bill Brandt.
The German born British photographer spent the 1930s exploring London’s neighborhoods and inhabitants, collecting images of which the historical significance is as present as the romanticism imbued by the photographer. Brandt does not capture photographic facts, he retains atmospheres and fleeting feelings hidden within cobbled streets and foggy skies.
To this craftsman, photography is not a sport wherein rules must be followed, but a game that should be played, explored and gradually expanded. Interestingly enough, his own exploration of the medium evolves after the war towards both a technical and thematic specificity: his social documentary and reportage interests turn into a quest for abstraction. The combination of the female nude and of a wide angle panoramic camera, shooting at close range, allows the photographer to push the boundaries of his explorations, creating distorted shapes. Like a sculptor with marble, Brandt shapes his own vision of the world, applying the same romanticism found in his realistic shots to the world of abstraction and post-surrealism. Bill Brandt Nudes (1980), his second collection of photographs exhibits the diversity of his play with the aforementioned themes.
His March 1952 nude London offers a synthesis of Brandt’s art. On this stark black and white shot, no landscape displays any possibility of comparison with the woman emerging from an uncompromising darkness. Her body is transformed into a semi-abstract entity floating into space, recalling the surrealist idea of the ideal woman of a dreamlike quality, a symbol perhaps inherited from the artist’s time at Man Ray’s Parisian studio. The straight lines of the humanly shapes enter in a play of meaning: the sensuous potential of the photograph is hinted at just like the geometric, somewhat abstract quality of the woman’s features, appears fortuitous but truly depends on the artist’s play.
The acute lines and distinctive shapes of this body would fit the qualifying adjectives of a historical narrative whilst the mysterious darkness and floating shapes do recall the romanticism of lyrical poetry, placing Bill Brandt as a constant yet inventive master.
Bill Brandt

Bill Brandt, byname of Hermann Wilhelm Brandt was a photographer known principally for his documentation of 20th-century British life and for his unusual nudes.