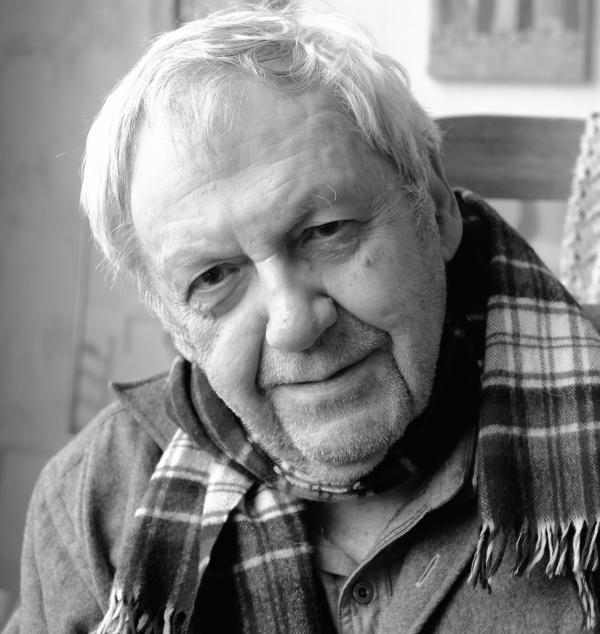 Nowadays Saul Leiter doesn’t need much introduction. He is mostly known for his street photographs, taken in his beloved East Village district in New York, where he lived and worked for more than 60 years. Leiter is celebrated as an early pioneer of colour photography. His photographic style was strongly influenced by his practices as a painter. His compositional approach and his painterly handling of colour give away his artistic background. In his innovative photographical language Leiter rejected the centered perspective and constructed complex multilayered compositions. Often the view is obstructed or blurred by the use of reflections, condensed surfaces or the placement of insignificant elements or passers-by on the foreground.

The focus on Leiters’ colour pictures has been at the expense of his black-and-white work. In the latter he could experiment more with strong contrasts, like the shadow of a window frame on a nude female body. In his nude photographs the subject demands more attention, often laying stretched-out on the bed, looking frontal in the camera. But the female nude can also be observed, for instance, from a distance in a mirror reflection. This indirectness provides these pictures with a familiar and melancholic atmosphere.

Leiter managed to retain all these typical elements in his lesser known work as a fashion photographer for leading fashion magazines like Elle, Esquire and Harper’s Bazaar. Even in his commissioned work, he dared to leave the subject out of central focus. Moreover, the delicate colour palette and soft graduations reinforce the sense of elegance and grace of his colour photographs.

Although today Leiter is renowned for this use of colour, he spent a big part of his life in oblivion. In 2006 his famous monograph ‘Saul Leiter: Early colour’ was published, which celebrated Leiter as a pioneer in colour photography. From then on several other monographs and international exhibitions followed such as solo shows in the Jewish Historical Museum in Amsterdam, the Musée de l’Elysée in Lausanne and the Deichtorhallen in Hamburg, and a group exhibition in the National Academy Museum in New York.

In 2012 British film director Tomas Leach made a documentary called ‘In no great hurry. 13 lessons in life with Saul Leiter’ which offered a glimpse into the private and artistic life of Leiter.