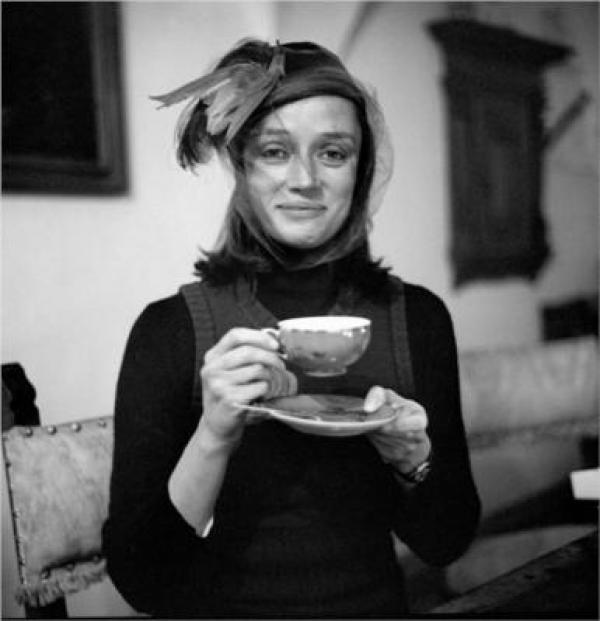 Niki de Saint Phalle was born in a Catholic banking family as the daughter of a French father and an American mother. When she was three years old, the family moved to New York after the stock market collapse. There she spent her childhood and she became traumatized during her eleventh year as a result of her father's sexual abuse. Later she incorporated this experience into her surrealistic film Daddy and other works of art. Saint Phalle was housed in a monastery by her parents.

After leaving the monastery, Saint Phalle became a model and married at the age of nineteen with the American writer Harry Mathews. They had two children. Later she left the family. In 1951 she returned to Paris and in 1952 she began painting. As an artist she was self-taught.

In 1955 her collaboration with the Swiss new-realistic artist Jean Tinguely began, with whom she married on June 13, 1971. From 1956 she created her first reliefs in plaster and other materials. Initially she exhibited with many aggressive, 'masculine' looking collages of found objects such as rifles and pistols. Inspired by feminism, she makes assemblages in which female roles are dissected. In 1960 she became a member of the New Realists group. In the early sixties she made her name as an action painter with her shooting scenes, in which she shot open paint-filled objects fixed on wooden panels with a shotgun.

In the mid-sixties she presented her version of the primeval woman, the 'Nana's'. Her Nanafigures, expressive, in bright colors painted man-sized women's images in polyester, are world famous and caused fuss in the modern art world. In 1966 she makes in Stockholm a 27 meter long lying Nana, to enter through the vagina.

With Tinguely she also designed fountains. Niki de Saint Phalle played alongside Jean Tinguely a leading role in the construction (from 1969 to 1994) by 15 international artists of Le Cyclop de Jean Tinguely in the French Milly-la-Forêt. From 1979 Saint Phalle lived in Garavicchio, in Italian Tuscany. There she worked for fifteen years on figures from the tarot card game, with which she created her sculpture park Giardino dei Tarocchi. She also made animal figures for the Ark of Noah in Israel.

The many molding in polyester and plastic and thus the constant inhalation of poisonous fumes , made her spend a considerable number of years in Switzerland for her health. After Tinguely's death (August 30, 1991) she moved to San Diego in California because of the clean air. She died there on May 21, 2002 after a long illness at 71 years of age.