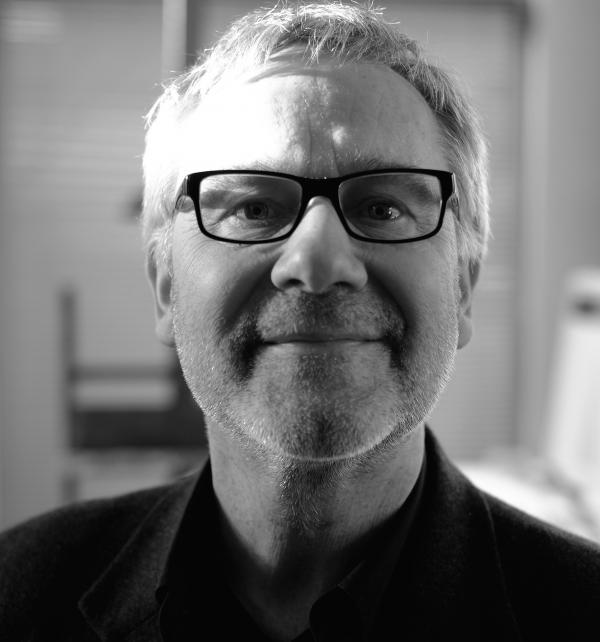 Germany, 1954 - Hong Kong, 2019
Born in Munich, Michael Wolf grew up in Canada, Europe, and the United States, studying at UC Berkeley and under Otto Steinert at the Folkwang School in Essen, Germany. He moved to Hong Kong in 1994, where he worked for eight years as a contract photographer for Stern magazine, before moving on from photojournalism in 2003 to focus on his personal work. Over time he created a rich body of work exploring the complex reality of urban life around the world.

Michael Wolf first came to international recognition for his work on Hong Kong, one of the world’s densest cities. Through his two long-running series Architecture of Density (2003–14) and Informal Solutions (2003–2019), he developed a multi-layered approach in order to better understand the dynamics of this megacity, stepping back in order to better picture its overwhelming architecture, while also continuously exploring the inner workings of the city, particularly through the extraordinary vernacular culture present in its back alleys.

While Hong Kong remained one of his primary sources of inspiration, over the last decade Michael Wolf had split his time between Asia and Europe. During this period, he regularly undertook bodies of work on other major cities around the world, providing a global perspective on the increasingly fraught experience of urban life today. From Chicago where he shot Transparent City (2006) to Tokyo, where he captured the claustrophobia of the subway commuters in Tokyo Compression, to Paris where he began an extensive body of work using Google Street View and shot the series Paris Rooftops, Michael Wolf was fascinated by city life in all its forms.

In recent years Michael Wolf had increasingly experimented with installation in his practice. The immersive installation The Real Toy Story integrates portraits of workers in China’s toy factories into a wall display covered entirely in tens of thousands of plastic toys of all kinds. In exhibitions of his Informal Solutions work, he presented his photographs of Hong Kong’s back alleys alongside the objects he found and collected in these spaces.

The photobook also played an important part in Michael Wolf’s work. Since his first monograph Sitting in China in 2002, Wolf had worked with a number of leading publishers including Steidl and Thames & Hudson. Over the past ten years he had developed a close working relationship with the Berlin-based publisher Hannes Wanderer (1958–2018) of Peperoni Books. Together, they produced seventeen books between 2009 and 2018 including the critically acclaimed titles Tokyo Compression and Architecture of Density.

Michael Wolf won first prize in the World Press Photo competition in 2005 and 2010, and received an honourable mention in 2011. In 2010 and 2016 he was nominated for the Prix Pictet photography award.

His work features in many permanent collections, including those of the Metropolitan Museum of Art in New York, the Museum of Contemporary Photography in Chicago, Museum Folkwang in Essen, Rijksmuseum Amsterdam and Gemeentemuseum Den Haag.

Michael Wolf’s first major retrospective, Michael Wolf – Life in Cities, was held in 2017, premiering at the prestigious Rencontres de la Photographie festival in Arles, then moving on to The Hague Museum of Photography (20 January – 22 April 2018), the Fondazione Stelline in Milan (10 May – 22 July 2018) and Deichtorhallen Hamburg (17 November 2018 – 3 March 2019).

Michael Wolf’s work on life in cities was always driven by a profound concern for the people living in these environments and for the consequences of massive urbanization on contemporary civilization. This commitment and engagement remained central throughout his career, first as a photojournalist and then as an artist.

For sale
For sale
Sold
For sale