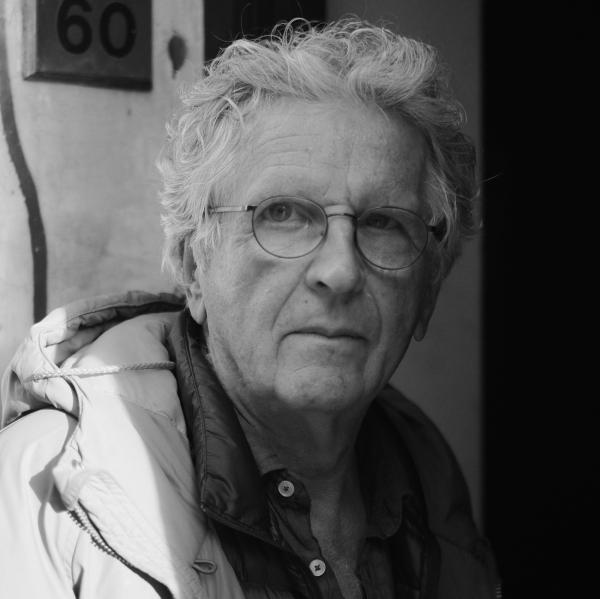 Originally dreaming of becoming a film director, Gruyaert studied at the School of Film and Photography in Brussels from 1959 to 1962. After his studies he left Belgium at the age of 21, fleeing the strict catholic environment in which he was brought up. The world was his oyster, traveling extensively across Europe, North Africa, Asia and the United States and living in cities with a vibrant movie and photography scene like Paris and London. During his first trip to New York in 1968 Gruyaert discovered Pop artists like Roy Lichtenstein and Robert Rauschenberg. This encounter made him appreciate the creative potential of colour and encouraged him to search for beauty in everyday elements for the rest of his career. At this time Gruyaert also became friends with the American artists Richard Nonas and Gordon Matta-Clark and photographed their work.

Further inspired by the visual impulses he received during his first trip to Morocco in 1969, Gruyaert decided in the second half of the 1970s as one of the first photographers in Europe to commit himself entirely to colour photography. After visiting the William Eggleston’s exhibition in the MoMA in 1976, he realised that he was on the same tracks.

Gruyaert’s passion for movies and his devotion to colour were at the basis of his unique visual language. His cinematographic background inflicted on him an aesthetic conception of photography. Gruyaert’s images are simply snapshots of magical moments in which different visual elements, primarily colour, form, light and movement, spontaneously come together in front of his lens. His bold, saturated tonalities are autonomous elements that grant structure and depth to the composition. This becomes clear looking at the brightly coloured automobiles in the pictures on show that often form monotone areas occupying a part of the image. After using the cibachrome technique for many years, Gruyaert decided to switch to digital printing to exploit the maximum of image potential, thanks to its ability of control.

In his search for strong graphical compositions Gruyaert focuses his camera on objects as much as on people. These are often reduced to silhouettes or rendered to plain colour fields. Gruyaert is neither interested in psychology, nor in telling stories or documenting the world. Unsurprisingly the countries he photographs are mostly revealed by means of the subtle differences in colour palette and light, inherent to the atmosphere, culture and climate of each place, more than by the depicted subjects or scenes.

Gruyaerts’ work has been featured in numerous solo exhibitions at, among others, the Botanique in Brussels, the FOMU in Antwerp, the Carlos de Amberes Foundation in Madrid, the Rencontres de la photographie d’Arles in France and the Moscow Photobiennale of 2012.

Gruyaerts’ work is included in the collections of museums like the Musée de la Photographie in Charleroi, the Bibliothèque Nationale de France and the Centre Georges Pompidou in Paris, the David Roberts Foundation in London, the Howard Stein collection in New York and the Metropolitan Museum in Tokyo.

In 1976 Gruyaert received the Kodak price for photo critique. In 1981 he joined the legendary photographic cooperative Magnum Photos.